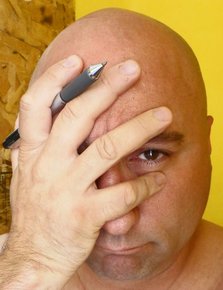 Kevin W. Cousins is a published storytelling and artisan of his own cover art as well as many of his characters. He’s authored books ranging from Science Fiction, Young Adult, Horror, Christian to speculative fiction. Kevin and his wife reside in his home town of Muscatine, Iowa. He is a member of both the Independent Authors Network (IAN) and the Iowa Center for the Book.

Some of his work includes:

Larry the Spider spans across three books and an addition. It retells the short story in ex-hi-bi-tion about a spider-like alien race known as the Iktomi and an unlikely ally to Earth; Larry. The first book in the series is ‘Larry and the Creeping Horde’, followed by ‘Bride of Larry’ then ‘Children Shouldn’t Play with Dead Larry’. Larry the Iktomi Spider Addition is also available for fans of the series or those interested in weird looking arachnids.

Second Chance Gate is a Christian related work of fiction. It is, however, based vaguely on a conversation the author had with a man who’d been in a coma. It’s about two men that have a chance to turn their lives over to Christ and what happens to them.

Crossing Books 1-2 explores the lives of the Neighbor family as they find themselves crossing time itself.

The Hugo Grazer Chronicles begins with ‘Grazer’s Edge’. It tells the adventures of Hugo Grazer, High school student, bully magnet, Atheist, and paranormal observer. These novellas are different from Kevin’s other works. They’re designed as ‘quick reads’ and come across like episodes.
​
All Kevin’s books are available on Amazon, Kindle, as well as Barnes and Noble.

Larry and the Creeping Horde