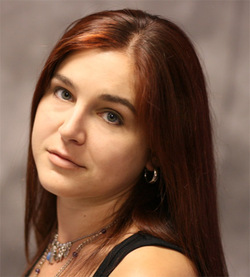 Katie Salidas is a Super Woman! Endowed with special powers and abilities, beyond those of mortal women, She can get the munchkins off to gymnastics, cheerleading, Girl Scouts, and swim lessons.  She can put hot food on the table for dinner while assisting with homework, baths, and bedtime… And, She still finds the time to keep the hubby happy (nudge nudge wink wink). She can do all of this and still have time to write.

And if you can believe all of those lies, there is some beautiful swamp land in Florida for sale…

Katie Salidas resides in Las Vegas, Nevada. Mother, wife, and author, she does try to do it all, often causing sleep deprivation and many nights passed out at the computer. Writing books is her passion, and she hopes that her passion will bring you hours of entertainment.

Becoming a vampire is easy. Living with the condition... that's the hard part. Join Alyssa as she stumbles through the world of the "Unnatural." 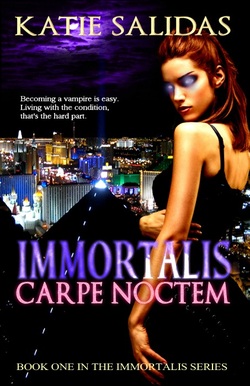 Newbie vampire Alyssa never asked for this life, but now it's all she has. Rescued from death by Lysander, the aloof and sexy leader of the Peregrinus vampire clan, she's barely cut her teeth before she becomes a target. Kallisto, an ancient and vindictive vampire queen – and Lysander's old mate - wants nothing less than final death for her former lover and his new toy. She's not above letting the Acta Sanctorum, and its greatest vampire hunter, Santino, know exactly where the clan can be found. With no time to mourn her old life, Alyssa's survival depends on her new family. She will have to stand alongside Lysander and fight against two enemies who will stop at nothing to destroy them. 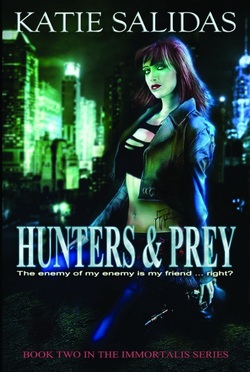 Rule number one: humans and vampires don't co-exist. One is the hunter and one is the prey. Simple, right? Not for newly-turned vampire Alyssa. A surprise confrontation with Santino Vitale, the Acta Sanctorum's most fearsome hunter, sends her fleeing back to the world she once knew, and Fallon, the human friend she's missed more than anything. Now she has some explaining to do. However, that will have to wait. With the Acta Sanctorum hot on their heels, staying alive is more important than educating a human on the finer points of bloodlust. 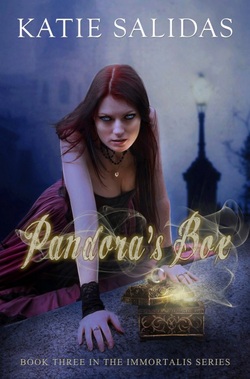 After a few months as a vampire, Alyssa thought she'd learned all she needed to know about the supernatural world. But her confidence is shattered by the delivery of a mysterious package - a Pandora's Box. Seemingly innocuous, the box is in reality an ancient prison, generated by a magic more powerful than anyone in her clan has ever known. But what manner of evil could need such force to contain it? When the box is opened, the sinister creature within is released, and only supernatural blood will satiate its thirst. The clan soon learns how it feels when the hunter becomes the hunted. 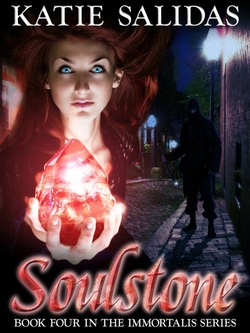 It’s a desperate time for rookie vampire Alyssa, and her sanity is hanging by a slender thread. Her clan is still reeling from the monumental battle with Aniketos; a battle that claimed the body of Lysander, her sire and lover, and trapped his spirit in a mysterious crystal. A Soulstone. Unfortunately, no amount of magic has been able to release Lysander’s spirit, and the stone is starting to fade. Weeks of effort have proved futile. Her clan, the Peregrinus, have all but given up hope. Only Alyssa still believes her lover can be released. In despair, Alyssa begs the help of the local witch coven, and unwittingly exposes the supernaturals of Boston to unwanted attention from the Acta Sanctorum. The Saints converge on the city and begin their cleansing crusade to rid the world of all things “Unnatural.” In the middle of an all-out war, but no closer to a solution to the dying stone, Alyssa is left with an unenviable choice: save her mate, or save her clan. 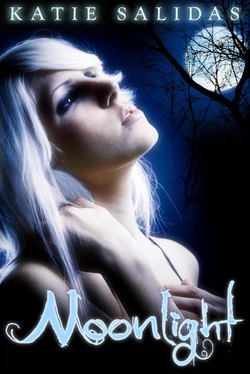 Good girls don’t wear fur, or fight over men, and they certainly don’t run around naked, howling at the moon. But then, no-one ever called Fallon a good girl. As a human unofficially mated to an Alpha werewolf, Fallon is being pressured to “become”...or be gone. Her mate Aiden, the interim leader of the Olde Town Pack, is in a position that demands he either choose a wolf mate...or leave the pack forever. No matter how hot the sex with Fallon is, he can’t ignore centuries of tradition. Become a wolf or not. If only the choice were that simple. Fallon’s options are further clouded by the overt presence of other females desperate to be the Alpha’s mate. And when these bitches get serious, it’s not just claws that come out. If Fallon wants to keep her man and take the title she’ll have to exert a little dominance of her own. 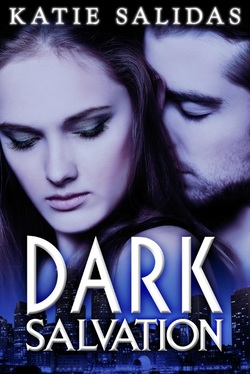 A gathering storm of violence is on the horizon. Whispered threats of the Acta Sanctorum’s return have the supernatural world abuzz. Only recently aware of the other world hidden behind our own, Kitara Vanders has barely scratched the surface of what being supernatural truly means. A special woman in her own right, she possesses unique telepathic abilities, gifts that have recently come under the scrutiny of the Acta Sanctorum, a fanatical organization whose mission is to cleanse the world of anything supernatural. Targeted, and marked for death, Kitara’s only hope lies with the lethally seductive yet emotionally scarred warrior, Nicholas.

Knowing full well the atrocities the Acta Sanctorum is capable of, Nicholas is all too eager for the battle to begin. Fueled by pain and rage from the loss of his mate, he’s itching for a fight, but one thing stands in his way, Kitara: a beautiful dark-haired woman with unique psychic abilities and an unusual link to the Saints. Despite his resolve to remain focused on his mission, a purely physical relationship binds them together in a way neither of them expected. And when her life hangs in the balance, Nicholas finds his own is teetering on the edge too.