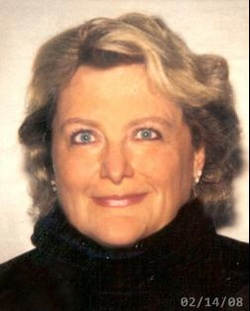 Kathleen Valentine is the author of two collections of short stories My Last Romance and other passions and love, murder, etc. as well as two novels, The Old Mermaid's Tale and Each Angel Burns. She has also written Fry Bacon, Add Onions: The Valentine Family & Friends Cookbook - five generations of good eating, a memoir/cookbook of memories and 400 recipes from a Pennsylvania Dutch childhood, and The Mermaid Shawl & other Beauties: Shawls, Cocoons and Wraps, a collection of her own lace knitting designs. She also publishes single knitting projects in a series called Knit Your Tail Off.

She currently lives in Gloucester, Massachusetts, America's oldest seaport, and is writing another novel, Depraved Heart and another knitting book, Siren Shawls, Seaman's Scarves and Stories. 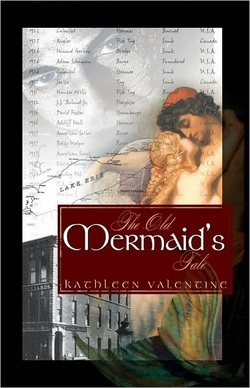 In 1959 the St.Lawrence Seaway opened to international commerce. The lives of the people in the towns surrounding the Great Lakes would never be the same. When Clair Wagner begins college in Port Presque Isle she dreams of meeting a "handsome sailor with the constellations of the Northern Seas in his eyes". Into her life come three men: Pio, a handsome Italian fisherman, Gary, the dashing son of a wealthy shipping magnate, and Baptiste, a Breton mariner injured in a shipwreck who earns his living as a musician.With Pio, Clair discovers passion, with Gary she gains entry into the world of the commercial waterfront, and with Baptiste she discovers deep and all-consuming love. But as her relationship with Baptiste grows she discovers he is far more complex and mysterious than she could imagine. He has secrets and his secrets will alter her life forever. Filled with colorful characters and two cultures in conflict, The Old Mermaid's Tale weaves a lush romance, filled with folklore, legends, shipwrecks, violence, traditions,and enduring love, that pays homage to the role of storytelling in our lives. "The soul, they say, is divine and the flesh is iniquity. But I am a musician and I ask this - without the wood and the strings of the violin, where would the sonata find form?" - from the Prologue 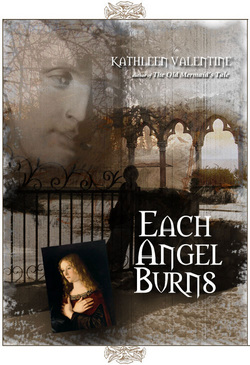 In the latter part of the 19th century the Monastery of St. Gabriel the Archangel was built on a cliff overlooking the ocean on a peninsula in Maine. From its earliest days there were rumors of strange activity there --- tunnels through the cliff were reported to give access for smugglers, a miracle-working nun was said to live there, and a group of drunken lumberjacks who stormed the convent to kidnap wives claimed to have been vanquished by a giant angel with a flaming spear. One hundred years later, when the last of the old cloistered nuns was removed to a retirement home, the decision was made to close and sell the convent. That's when it was discovered that the convent's treasure, a marble statue of the Archangel Gabriel by Italian sculptor Giovanni Dupré, was missing.
In Ripley Mills, Massachusetts the self-titled "wild bunch", who played football together back in high school, gather every Thursday for dinner and beer. More than thirty years have passed and the group isn't what it used to be. Charlie's new female boss is young, pretty, and intimidating. Whitey's wife has cancer, Bull's wife just found out about his affair with an exotic dancer, and Vinnie can't get women to go out with him. Gabe's three daughters have grown up and his wife is making life miserable. Peter doesn't have those problems, he's a Jesuit priest. But they still get together every week to drink, eat, and listen to one anothers' problems. Then Father Peter makes a startling revelation, he had once been in love with a girl he met in Paris. He planned to leave the seminary to marry her but she rejected him to marry an older, wealthy man. Pete is happy as a priest teaching at Boston College but now Maggie has returned. She is leaving her husband and has purchased an old, abandoned convent in Maine that she plans to convert to a sculpture studio.
On Pete's recommendation Gabe takes the job of helping Maggie to restore the convent. But, as winter closes in, the mysteries begin again. Stories are circulating about bodies of young women washing up on the shore. Maggie's husband refuses to answer her calls. Gabe's cantankerous father, Mick, tells him the truth about his mother who had once longed to be a nun in that convent. Ethan Darling, the local sheriff, is snooping around. Zeke, Gabe's dog, discovers a secret passage in the crypt under the chapel.
And Father Peter realizes that Maggie is falling in love with his oldest friend. Each Angel Burns is the story of three people at crossroads in their lives. It is a story of enduring friendship, of faith, of great evil and greater love --- and of how they culminate in a miracle. 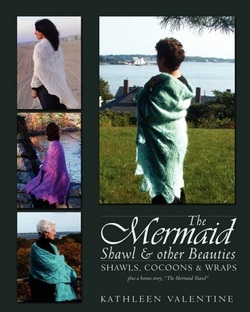 Why do what has already been done? More than a book of patterns, The Mermaid Shawl & other Beauties, is designed to help knitters create their own works of knitted lace art. The signature shawl was introduced in 2005 on Kathleen Valentine's blog and subsequently described in a knit-along but throughout the knit-along Valentine encouraged knitters to make different choices that made their shawl unique to them. Now, using the same principles, she offers techniques, diagrams, charts and tips that allow knitters to customize each shawl for their own original work of art. The book contains instruction for three versatile shawl styles, how to turn a rectangular shawl into a cocoon, a chapter on knitting on the bias, tips and tricks, and an original short-story, The Mermaid Shawl, inspired by the signature shawl.

My Last Romance & other passions 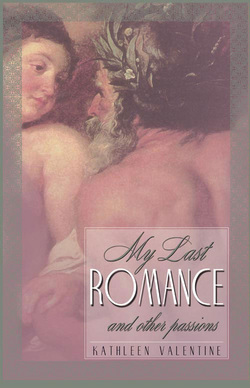 Eight stories with a common theme---the wonder of finding love---sweep the reader into sensuous worlds where ordinary people discover, or rediscover, love. Foolish love, forbidden love, married love---even murderous love, each story is a seductive jewel populated with characters that seem like someone we could know---or someone we could be. Each of the stories in this collection is an exquisitely rendered portrait of people from a broad range of ages each proving that passion and love are eternal, regardless of life's far-ranging challenges. "Gorgeous! Very poignant. It is a wonderful thing to be able to immerse a reader in an entire era, a way of life, a culture in miniature - places, forms of music, habits of speech ... I felt transported, and that's something good fiction must do for me." - Peter Anastas, author of No Fortunes. "Valentine's stories are as varied as the women of the world, and their great passions are never simple or uncomplicated. Her understanding of the human heart drives these stories, filled with nuance, pitch-perfect voice, surprise, and heartache. These are stories of women who have lived full lives, taking risks and living out the dictates of their passion." -Susan Oleksiw, author of A Murderous Innocence (For more, visit MyLastRomance.com)