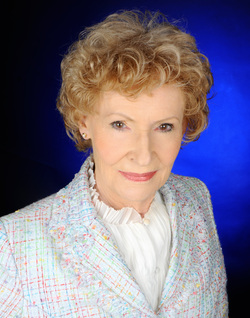 Kath writes as K.A.McDicken. She has been a rural housewife and mother, a short story writer, a journalist syndicated in rural newspapers, an accountant and a corporate treasurer. Since she retired from full time work, and commenced writing novels, she has been travelling with her campervan, principally in western Queensland and New South Wales. She has now sold the van but will still travel, just with a bit more luxury.

In the Cold Light of Tomorrow 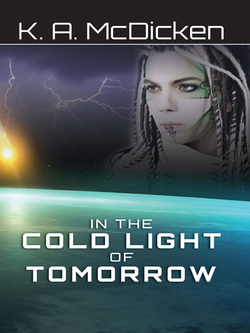 The epic fantasy In the Cold Light of Tomorrow by K. A. McDicken doubles as a unique study of people, societies, evolution, and crime.

The near collision of a comet with the Earth results in the birth of mutations, both human and animal.

Not all mutants in fiction have to be comic strip superheroes.

Dwelling in the remains of an astronomical complex, the older generation envies Bradley, Joel, Caroline, and twins Betty and Bertha whose brain functions increase in capacity as they mature, but the mutants must keep the full scope of their powers secret, as one of their abilities proves to be potentially lethal.

The way Bradley and friends handle their additional powers, is what makes this book so compelling.

There are confrontational issues raised that may cause the reader to be angry, sad or scared but no one will remain unmoved. This is a debate-provoking novel that begs for a sequel.

A series of bizarre murders occur that have the Lake’s policeman baffled until he forms an unlikely alliance with Bradley. He needs to solve the murders before a civil war erupts over the ‘marriage question’. Whodunit buffs will enjoy following the trail of clues, which are not hidden from the reader.

‘In the Cold Light of Tomorrow’ is not about disasters. It is about people, societies, evolution, mystery, love, hate, intolerance, crime and punishment. 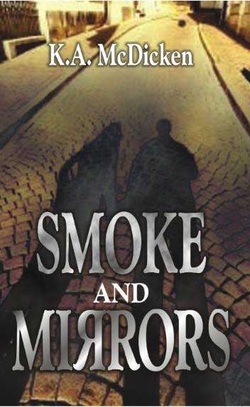 Kath McDicken’s first novel will keep you guessing until the very end.

How does a man disappear and what caused his wife’s death?

You’ll be dying to know more as you turn each page and try to put together the puzzle.

Can a man, who is used to the comfort and prestige of a professional life, effectively disappear after the strange death of his wife? How can he start a new life?

Where is William Evans and what is he doing now?

Why is Edith Markham hiding herself away in a small rural community? What does she have to hide?

Patsy Young, a friend of both Edith and William is surprised and outraged when ex-CIB Inspector Jim Wright invites her to meet with Edith. Patsy is adamant that Edith is dead.

Yes this is a mystery. But is it a murder mystery?
Print and Kindle at Amazon.com

Blame Hughie! And Other Stories

This anthology includes short stories (not short,short) in the following genres:
Modern romance (2)
Regency romance (3)
Mystery/thriller (3)
Science Fiction (2 including a prequel
to 'In the Cold Light of Tomorrow)
Defying classification (2)
This book is a great companion for travelling.

Astounding Beauty Secrets for the Over 50s


This is not about cosmetics. It has not been written by a beautician. Indeed some of these hints and tips are ones that your beautician won't tell you. This is written by an elderly woman, not a beautiful woman, just one who knows how to make the best of herself.