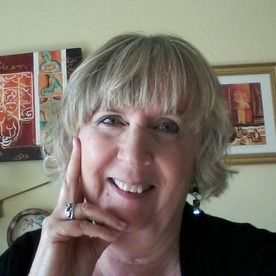 My fabulous adventure in Corsica involving, among other things, trying to sneak two Foreign Legionnaires off the island as a teenager percolated in my brain for decades and inspired my second novel MOTHER TONGUE, which is set amid the danger and chaos of the separatist movement in modern-day Corsica I write upmarket women's fiction with suspense and thriller elements .

My first novel DEGREES OF OBSESSION about a fifty year old woman pursued by a stalker when she tries to look up an old flame. I was thrilled to be asked to promote my novel at the Los Angeles Times Festival of Books in 2006 at UCLA.

I was born in Chicago, Illinois to a father who was off a few days later to fight the good fight in as a naval officer in WWII and a mother who had graduated from the University of Chicago in Political Science in 1937. After an odyssey across many states, I ended up with a life on the beach in La Jolla where I mastered the art of body surfing with my girlfriends and the art of the writing from my honors English teacher.

I garnered a Masters in 1968 and a Doctorate in Psychology in 1970 and had a 40 year career as a therapist. This yeare I was lured out of retirement to serve as a Mental Health Director of a large health plan.

I am the mother two grown children and am devoted to my four grandchildren. I collect antique flamingo and have a Twitter presence as @docflamingo. I live in the San Francisco Bay area.