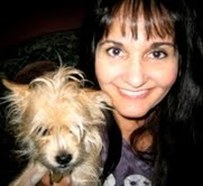 Time Travels have been a passion of mine. I have always been intrigued with the possibility of being able to reach back in time and change the past. Common sense says influencing the past isn’t impossible, but I can’t help but wonder: What if I can?

Fallen Angels, vampires and shape shifters embrace my darker side where their worlds intertwine with ours.

I share my life with a wonderful man, three lovely children and house full of pets. In my spare time, I review for Paranormal Reviews, a great place to find paranormal books and other genres. 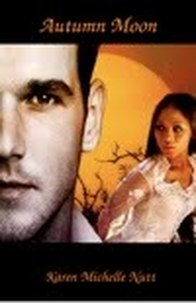 Jairec Connelly’s holiday in San Francisco turned into a living nightmare when he’s attacked by a chiang-shih, a Chinese vampire. He has until the end of the Moon Festival to find the elixir or become the white haired demon for all eternity. All he needs to do is convince one stubborn woman she holds the key.

Autumn Moon is an acupuncturist and herbalist. When Jairec confronts her demanding she give him the elixir of life, she believes he’s heard one too many Chinese legends about the Moon Festival. The chiang-shih of legends is a white haired, green-faced vampire—nothing like Jairec with his Irish good looks and charming manners.

When a mysterious attack leaves the victim drained of blood, Autumn is forced to believe monsters really do exist. She searches her uncle’s journals. She must find a cure for Jairec. Time is running out.

Jairec and Autumn join forces to stop the master chiang-shih from raising an army and taking over Chinatown. Jairec will do all he can to keep Autumn safe, even if it means his death.

Eli: Warriors For The Light (Fallen Angles Series Book One) 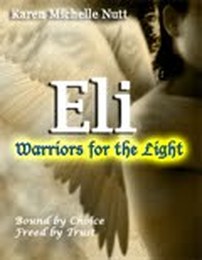 Ol’ Hallow’s Eve is the day the veil between worlds are thin. It’s the only day out of the year the preternatural beings are allowed to walk among the humans as their true selves. With Eli’s wings bound and his glamour stripped, the Elders send him back in time before Ryden O’Sullivan knew the truth about him. If she is truly his soul mate, then her heart should recognize him.

There are those among the Watchers who are afraid Eli might succeed in his quest for love. If he does, everything will change within the brethren. Hashasheen demons, assassins for hire are sent to take out Eli and Ryden. Eli is a warrior and will fight to keep Ryden safe, but time may be his biggest enemy. The Elders gave him until the end of Ol’ Hallow’s Eve. Ryden must fall in love with him by then or his life will be forfeited. 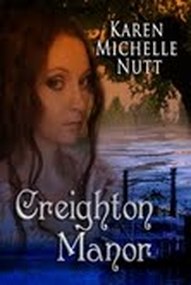 The last thing that Gillian Metcalf remembers before she passes out is being aboard the Queen Mary in Long Beach, California, where she witnessed a dog disappearing as if it were a phantom. Now she’s aboard the riverboat, Ida Belle, traveling down the muddy Mississippi. It is 1870, where men carry guns and throw knives. It is a time where reputations mean everything. Before she can determine how she’s miraculously stepped from one world into another, she is being forced to marry Zachary Creighton. Trouble follows the man and it looks like she’s along for the ride.

As she attempts to understand why she was sent back to 1870, she struggles to come to terms with her own desires that tempt her to surrender to a man she barely knows. Zachary Creighton, a gambler with one goal: to win back Creighton Manor.  Marriage was not part of this plan.  To keep peace with his reluctant bride, he makes a bargain with her. He needs someone to tutor his nephew Tyler, and she needs a roof over her head until they can annul their sham of a marriage.

Never did he expect his bride to be embraced into the family fold by his grandmother, Lotti. However, the biggest surprise of all is that he finds himself falling for her charms. When the reason for Gillian’s appearance into Zachary’s world is finally revealed, their love for each other will be tested. Gillian will have to make a difficult decision before she can find happiness. The stakes are high, but Zachary will risk it all to win Gillian’s heart.