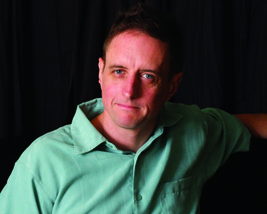 Kalen Cap is a writer living in Columbus, Ohio. Active in a variety of causes, particularly with regard to the environment, he often brings such concerns into his fiction writing.

"Tangled Ties to a Manatee" is his debut novel.

He has had poetry published and several plays, both one act and full-length, produced locally. Two short stories have been published as well. "Feral" is a short story published in Off the Rocks, v. 14, ed Allison Fradkin, NewTown Writers Chicago, 2010, pp. 119-126. "Transforming Oracle" is a self-published short story available at Smashwords.com

Tangled Ties to a Manatee 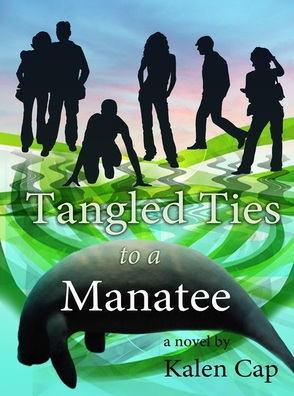 A pregnant manatee is rare at any zoo, and a first for the Grove City Zoo in Ohio. Ankh is a delight to zoo patrons, a concern to its staff, and the unintentional victim of two con men. She has no idea how many human relationships, problems, and dreams tangle around her.

Jerry is a young developmentally disabled man who happily follows Ankh's pregnancy on the zoo's webcam. He has a shy crush on Janelle, a pretty college student who volunteers for his group home’s outings to the zoo.

Jerry's Aunt Vera also loves nature and runs an environmental retreat center. But all is not well, with Vera or the center. The center needs money and is under investigation as a cult.

Amid their college studies, Janelle and her friend Cecily try to help. Instead, Janelle re-awakens an old obsession in Vera when an innocent tarot reading hints at how the center might be saved.

Two bumbling con men are attempting to sabotage the region’s electrical grid as part of a lucrative scheme. But Jerry accidentally gets in their way and becomes their captive.

When the con men surprisingly succeed in bringing the grid down, it spells danger for Ankh, her unborn pup, and the many people tied to them both. With investigations of their own, Cecily and Janelle try to untangle it all to find Jerry, save a manatee’s life, and rescue Vera from herself.