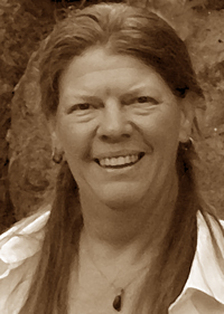 K. L. Schwengel lives in southeast Wisconsin on a small farm with her husband, a handful of Australian Shepherds, Her Royal Highness Princess Fiona the Cat, and assorted livestock. Growing up as the youngest of nine children, and the daughter of a librarian, Kathi spent many hours between stacks of books and secluded away in dusty archives, drawn to tales of medieval heroes and conquering knights. With so many characters and ideas spinning in her head, she had to get them onto paper or risk what little sanity she possessed. She has been penning wild tales of magic and mayhem as long as she can remember but opted to follow her artistic muse first. After earning a Bachelor of Fine Arts and spending many years working as a freelance artist, grocery clerk, art teacher, graphic designer, stable hand, advertising account coordinator, dog trainer, and process technician (among other things) she answered the call of her writing muse. When not writing, Kathi trains and trials working Australian Shepherds, still paints, dabbles in photography, graphic design and anything else creative her assorted muses send her way.

First of Her Kind ~ A Darkness & Light Novel 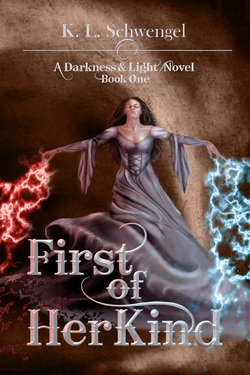 Everyone, it seems, wants to dictate what Ciara does with her life: Serve the Goddess, destroy the Goddess, do as you promised your aunt. All Ciara wants is to keep the two magics she possesses from ripping her apart.

And that won’t be easy.

Not only are they in complete opposition to each other, blood ties pull her in divergent directions as well. And then there’s Bolin, the man sworn to protect her. There’s no denying the growing attraction between them, but is it Ciara he wants? Or her power?

None of which will matter if Ciara can’t overcome her fear and learn to use her gifts.No one knows the depths of the ancient power she possesses, or what will happen if it manages to escape her control.

Will she lose herself entirely? Or be forever trapped between darkness & light?

Witch Hunt: Of the Blood  Blood Tells All by K L Schwengel 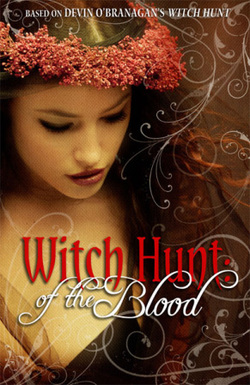 You’ve closed the cover on Witch Hunt, but the story isn’t over … yet! Devin O’Branagan has handpicked writers to take up her characters’ stories and explore what happens next.

The anthology begins with O’Branagan’s own novella about Hawthorne matriarch, Vivian. Vivian and her fellow British witches work together to prevent a Nazi invasion during World War II. Then there is Colonial maiden, Bridget, who struggles with the guilt of failing her family in Salem, 1692. Her younger sister, Prissy, mysteriously disappears and finds another magical world. Julia, torn by family loyalties, love, and her spiritual quest, pays a huge price to continue the bloodline. And Miranda uses her powers against the great influenza outbreak of 1918—but finds the ultimate foe is prejudice against her kind.

Discover what was left out of Witch Hunt and revisit your favorite characters with these exciting novellas. The story isn’t done until the battle’s lost and won.