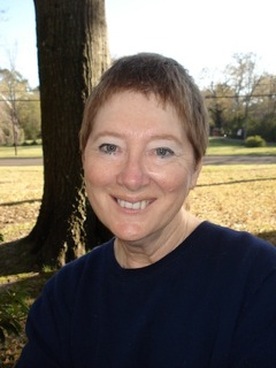 I'm a former journalist and editor-I spent 20 years in the newspaper business-and I'm now a free-lance writer/editor in Marshall, Texas.

I began writing "Scalp Mountain" in 2009, when I saw images in my mind; a man kicking his horse into a gallop, racing away from a crime, two men fighting in a Texas valley, a woman hugging an Indian baby, refusing to let him go.

Buddies in the Saddle said about "Scalp Mountain," "This is a fine novel. If you drew a line between "Lonesome Dove" and "All the Pretty Horses," you would find "Scalp Mountain" somewhere along the way.....there were times when this one had me and refused to let go. For anyone who likes their westerns well grounded in history, this is one you don't want to miss."

Saint is about a half-Hispanic child who is left homeless and alone in small-town Texas. A powerful rancher, Frank Kendall, and his family, adopt Nicki and give her a life of comfort and position.

But family intimacy leads to a obsessive, violent love affair between Nicki and Frank. Nicki is forced to leave town and when she returns finds the town at war with itself, with Anglos pitted against Hispanics. And two of the people she loves best are struggling against each other. Frank leads the Anglos and Nicki's best friend, David Rodriguez, leads the Hispanics.

Simon Stirling, author of "Who Killed William Shakespeare," reviewed Saint and said: "It should be clear by now that I was somewhat in awe of this story and its author. I am happy to recommend it, and cannot do so highly enough. The writing is exciting and excellent, and the story merges the domestic with the historic, the personal and the political, so deftly, and to such an extent, that the whole remains with you long after you have turned the final page."

Julia can be reached at juliarobb.com, at twiiter @juliarobbmar, Facebook, on Pinterest  through VentureGalleries.com  and iamatexan.com and through her Amazon author page. 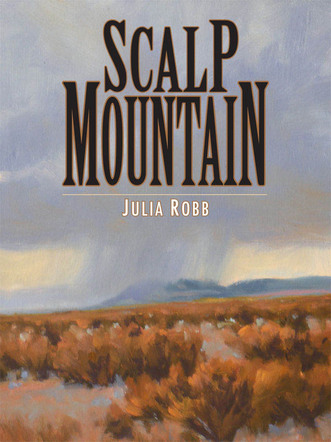 It’s 1876 at Scalp Mountain and Colum McNeal is fleeing gunmen sent by his Irish-immigrant father. Colum pioneers a Texas ranch, a home which means everything to him, but struggles to stay there: José Ortero, a Jacarilla Apache, seeks revenge for the son Colum unwittingly killed.

At the same time, an old acquaintance, Mason Lohman, obsessively stalks Colum through the border country, planning to take his life. Colum has inspired the unthinkable in Lohman. In a time and place where a man’s sexuality must stand unchallenged, Colum has ignited Lohman’s desire.
Other characters include Texas Ranger William Henry, who takes Colum’s part against his father while wrestling with his own demons. Henry’s family was murdered by Comanches and he regrets the revenge he took; and Clementine Weaver, who defies frontier prejudice by adopting an Indian baby, must choose between Colum and her husband.

Scalp Mountain is based on the Southern Plains’ Indian Wars. Those wars were morally complex, and the novel attempts to reflect those profound, tragic and murderous complications.

Saint of the Burning Heart 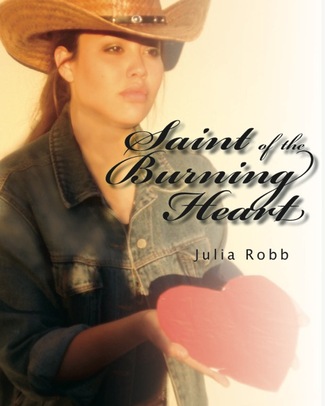 A half-Hispanic child is left homeless and alone. A powerful rancher, Frank Kendall, and his family, adopt Nicki and give her a life of comfort and position.

An obsessive, violent love affair between Nicki and Frank.

NICKI IS FORCED TO LEAVE AND WHEN SHE RETURNS FINDS

The town at war with itself, with Anglos pitted against Hispanics.

AND TWO OF THE PEOPLE SHE LOVES BEST

Struggling against each other. Frank leads the Anglos and Nicki’s best friend, David Rodriguez, leads the Hispanics.

IT’S A KILLING WAR, with characters including:

Father Dañiel Muñoz, a Roman Catholic priest who escapes politics and God by drinking and whoring in Mexico;

Doña Paulita, who once chose money and position over love and lived to regret it;

And Sheriff Robert Burkman, a man with secrets.

Julia Robb has written a powerful saga about love and loss in 1960s Texas.

Sample Saint of the Burning Heart 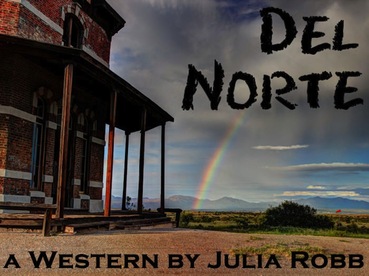 San Angela is a rough place in 1870, and Magdalena Chapas knows all about it; from the men who shoot holes in each other while drinking in her saloon, the Del Norte, to the man who loved her, married her and left her without a word.
Now Ray Cortez is back, and Magdalena doesn't know what her ex-husband wants.

Does it have anything to do with the gravestone she leaned on the Del Norte's back wall?

God Will Avenge Him."

She was freezing to death in a boxcar when Lan found her and nursed her back to health.

But Lan has a past and ambitions Sing only discovers when it's too late. She already loves him.

Dr. Wade Pickney knows what men can do because the Yankees locked him up in a POW camp during the war and almost starved him to death.

Then they accused him of the unspeakable.

Thomas knows what men can do because he was adjutant at the camp which imprisoned Wade.

Thomas, Magdalena's partner at the Del Norte, also knows Ray Cortez is going to be the death of somebody if he, Thomas, doesn't stop him.

Thomas tells Magdalena that Ray was not a good man but she can trust him, she can love him.

"Shut up," Magdalena says, fending off the drunks, slipping the cards from the faro box, raking in the money, and waiting for her world to explode around her.