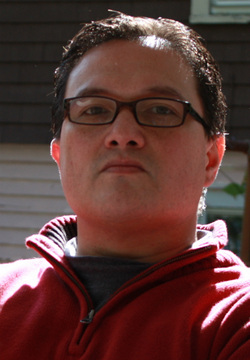 Juan Rader Bas is a Filipino-American writer who was born in The Philippines, raised in Hong Kong and lives in New Jersey. "Back Kicks And Broken Promises" is his debut novel but he has been published in several martial arts magazines and his screenplay "Aliens Among Us, Part I: Discovery" reached the quarterfinal round of the 1996 Austin Film Festival Screenplay Competition.


When not writing, Juan is a Taekwondo instructor and competitor, middle school health and physical education teacher and high school volleyball coach. He lives in New Jersey with his wife, son and dog.

Back Kicks And Broken Promises 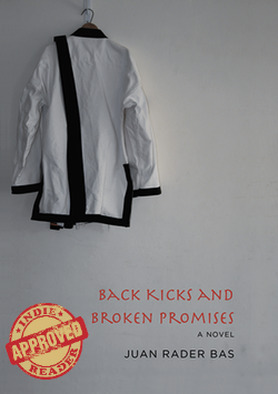 Ricky Gilbert’s world has been turned upside down. The seventeen-year-old, Filipino, adopted son of American parents, Ricky tries to adjust to a new life after moving halfway around the world from Singapore to New Jersey. With the help of Max Parada, an American-born Filipino, and Amy Cho, his Korean-American classmate, Ricky begins to find his place and identity in his new home through tae kwon do training.

The training, however, is more than kicks and punches. Instead, it becomes Ricky’s guide to life as he progresses from one belt to another. Even so, just as he begins to adjust to his new environment, Ricky’s world takes another hit when he discovers a secret that forces him to question who he is and what family means to him. Coming to terms with this—and with the large sum of money suddenly in his possession—Ricky has to decide whether he’s going to stay with the family he’s known all his life or leave and become a family of one.

As he tries to sort out his life, traveling to the Philippines and back to Singapore, Ricky discovers things about his father that make the two of them more alike than he’d ever thought—or even hoped—possible.

Download a PDF sample of Back Kicks And Broken Promises