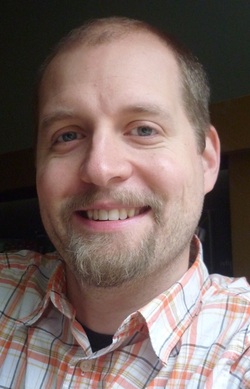 J.P. Kurzitza grew up the eldest of three children and most definitely the one with the wildest imagination. A movie aficionado from a very early age, Kurzitza’s story and character influences evolved from watching such classics as the Star Wars series, Back to the Future, and Indiana Jones. Though his love of writing stories hadn’t yet begun to flourish, his passion and ongoing search for what makes a story compelling grew as he continued to study and observe the many techniques used in films.

It wasn’t until 2006 when the opportunity to develop his craft finally presented itself. With the new challenge of becoming a Stay-at-home-Dad, the creative part of Kurzitza’s brain—which for the previous two decades had remained dormant—was now allowed to awaken, and within the year he had developed the idea for his first book—J.A.S.O.N.D: July—the first in a six book series.

J.P. Kurzitza does not have an MFA, PhD, or any other acronyms at the end of his name. He has no relevant post secondary education, no formal training as a writer, and no significant writing credentials of any kind. Yet he has never let the qualities he may be “lacking” in prevent him from using the qualities he already possesses.

J.P. Kurzitza lives with his extremely supportive (patient, tolerant, etc) wife, his four children, and his dog and cat, in Edmonton, Alberta, Canada. 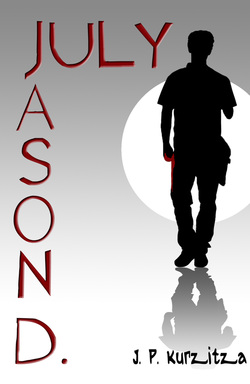 Why did Jason Dee’s great-grandfather insist that his parents name Jason after him in the first place?  The man never went by his first name, but by his middle name, William.  Besides, it wasn’t like his family had been close to his great-grandpa or anything.  Jason could count on one hand the number of times he’d actually spoken to the old codger in his entire life.

Even after the horrific accident which claimed Jason’s left arm and his dad, there was not even one token display of sympathy from the man.  But when his great-grandfather suddenly dies and leaves him with a cryptic letter apologizing for the very incident that shattered his life, Jason’s reality, and subsequently his identity, takes a sudden shift out of the norm, and into realms of the unimaginable.

Who was the real William Dee, and how had he been able to keep his double life a secret for so long?  Never mind that, was Jason really supposed to believe the nonsensical ramblings in the letter speaking of parallel worlds, secret societies, and monsters?  And, if all this were true, how was a one-armed boy with seemingly no future supposed to rise up and continue his great-grandfather’s fight to preserve the peace between the Myth realm and his world?

With each question more perplexing than the next, it’s the first that proves most daunting: can Jason accept the hand that fate dealt him and realize that his true identity isn’t what’s lacking on the outside, but rather what lies buried within? 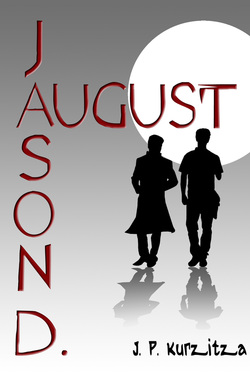 In a remote and distant land, devoid of all kindness and mercy, lurks an evil so menacing even death itself could not hold her down.  The second installment in the JASON D. saga takes you on a quest straight into the heart of evil and on an adventure beyond the realms of possibility.

Our Heroes' journey quickly turns into a search for one of Mythology’s greatest and fiercest enemies in order to send her back into the very depths of Hades from where she came.  But is the price they will pay to ensure their success worth the nearly impossible victory, or will the cost be too severe a blow for the Altors to recover from?

Join Jason and Ed once more as they search for the next Jason D. and embark on a perilous quest that, if not successfully completed, will render their subsequent missions unresolvable.