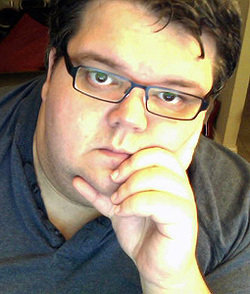 Born and raised in the rural Shenandoah Valley of Virginia, Jonathan wrote his first fantasy/sci-fi novel at the age of 13. After studying writing and communication at James Madison University, Jonathan turned his passion for writing into a full-time technical writing career in the DC Metro area, working for companies like Sprint/Nextel, Time Warner Cable, and Sirius XM Radio, where he had an opportunity to combine his love of music with his love of writing.


He may have drifted away from fiction at times, but it was always his first love – and he always returned to it. Now living in Bethesda with his fiancée, two cats, and two quirky guinea pigs for whom his publishing company is named, he crafts the kinds of stories that he had always hoped to read but just couldn’t quite find.

The Corridors of the Dead 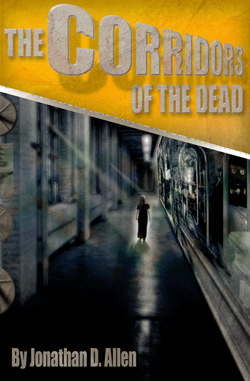 One Can Always Alter Their Destiny….

In a time long before humans walked the Earth, a mysterious being known only as The Lost Aetelia crafted an elaborate series of Watchtowers, along with their resident guardians, the Aetelia, to watch over the operations of the Universe. In time, a rebellious group of these Aetelia came to Earth in an attempt to challenge the established structure of the Universe. A bitter war ensued, and these rebels, who had come to be known as Watchers, disappeared from human history.

The time of the Aetelia – now known as angels – is returning. After a fateful night of violence, Artist Matty DiCamillo finds herself drawn into this world by a mysterious savior, who becomes a driving force in Matty’s new life.

Both driven by and fighting the words of prophecy that lay out her destiny, Matty, her lover Kristy, and her best friend Daniel, follow this mysterious savior on a journey from Northern California to Las Vegas on a path that crosses through the boundaries of time and space.

As Matty struggles to understand her new destiny, she discovers that her mysterious savior may not be who she seems to be, and that even the denizens of the twilight world that she has entered have no idea what lurks behind the stage dressing of their reality. Matty finds herself not only racing to rescue the woman she loves, but learning that she herself could be the cause of the Universe’s day of reckoning. 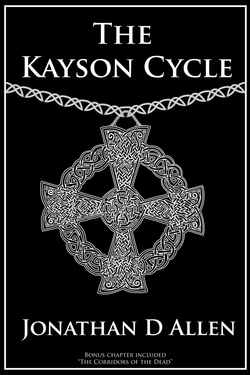 A stranger enters a dying world and makes a desperate plea...

Set in the shared world of Renaissance, The Kayson Cycle introduces us to the Kayson Brothers, a pair of faith healers who once wowed crowds in a traveling show but have since split up to find their own fortunes. While Jeffrey Kayson disappeared into the wilderness, William Kayson moved to the failing mining town of Renaissance to build a nice, quiet life - a life that has lasted for over ten years. It is a life that will crumble when a mysterious stranger from the North walks into his tavern bearing a proposal to find his long-lost brother. William will soon learn that he can't escape his family - or his destiny.