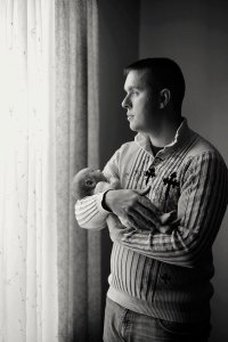 Jon Messenger (Born 1979 in London, England) serves as an United States Army Captain in the Medical Service Corps. Since graduating from the University of Southern California in 2002, writing Science Fiction has remained his passion, a passion that has continued through two deployments to Iraq, a humanitarian relief mission to Haiti, and an upcoming deployment to Afghanistan. Jon wrote the "Brink of Distinction" trilogy while serving a 16-month deployment in Baghdad, Iraq. 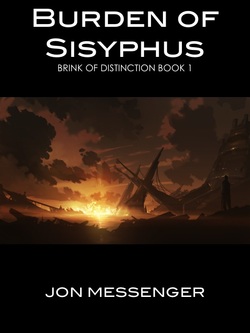 Between the alien Alliance and the Terran Empire, a neutral zone stretches between the galaxies, a demilitarized zone that was established 150 years previous following the Great War. The peace accord granted a semblance of peace to the universe. The peace, however, is a facade, and it is the responsibility of Michael Vance and his covert operations team to maintain that illusion.

Recently, the Alliance lost contact with one of their outposts near the neutral zone. Surveillance scans show an abandoned city and no signs of life. The Alliance does what it always does: send in the best. But an unexpected betrayal leaves Vance and his team stranded. Worse, the city that was supposed to be dead is quite alive. And the monsters that now roam its streets are slaughtering his team, one at a time. 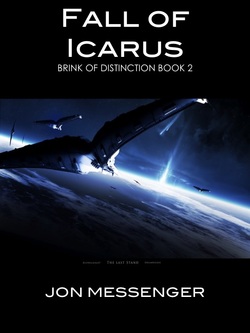 The Terran Empire has broken the Taisa Accord and invaded Alliance space in this exciting second novel in the Brink of Distinction series. Survivors of the Empire's first assault, Yen Xiao and Adam Decker swore vengeance against the Terrans. Joining forces with the enigmatic Keryn Riddell, the three warriors must find a way to destroy the Terran fleet. But the Terrans have a secret weapon: a biological agent sold to them by an renegade smuggler. Now it's a race against the clock to capture the smuggler before the Terrans decimate the Alliance homeworlds.

When everything they do proves to be not enough to stop the Empire's violent invasion, the Alliance takes the fight directly to the Empire by invading Earth! But Earth may not be the biggest threat to the safety of the Alliance. The biggest danger may be one of their own. 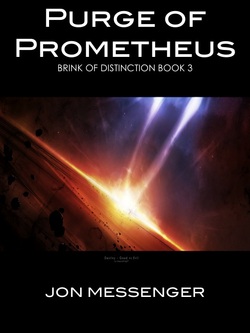 The final confrontation between the Alien Alliance and the Terran Empire begins in this exciting conclusion to the Brink of Distinction trilogy.

One-by-one, the brilliant suns of Alliance space are disappearing, left cold and lifeless after exposure to the Terran biological epidemic. Trapped on one of the sunless worlds, Keryn Riddell, the ruthless Wyndgaart warrior, fights against both a frozen landscape and her Terran captors.

As Keryn fights for her life, the psychic Yen Xiao leads the Alliance fleet in pursuit of the Terran Destroyers threatening the Alliance homeworlds. Yearning for leadership of the fleet, Yen begins to wonder just how far he’ll go for the power he craves.

Mickey Flick had once been a great cop. Working on the Belltown police force, he had been on top of his game, until the police force asked him to retire.

Lost in Belltown without much direction, Mickey falls back into the routine with which he's most comfortable: being a cop. With his new private investigator firm up and running in one of the seediest parts of the city, Mickey just waits for that one big break... and waits... and waits...

Eager for any work, he takes a job as a consultant with his former police partner, the entire time unaware of what lies in store: a beautiful dame in a red dress, and art theft, the mob, and murder. Being a private eye is suddenly more dangerous than being a cop.