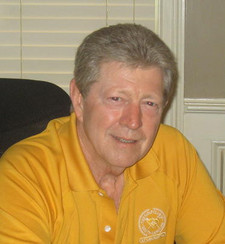 John enlisted in the Army Airborne in 1966 and served two tours of combat duty in Vietnam, the first as a private, and subsequently a sergeant, with Alpha Company, 1/27th Infantry, 25th Infantry Division, in 1966-67, the second as an officer/aviator with the 120th Aviation Company in 1972-73. He retired as a major in 1986 with three Purple Hearts, three Bronze Stars, sixteen Air Medals, one Army Commendation Medal, two Vietnamese Cross of Gallantry Medals, and various other service and campaign ribbons.

John has received an honorable mention in the Writer’s Journal for a short story contest, published two short stories, The Reincarnate and The Mad Dash, five novels, A Wayward Wind, a Regional General Fiction Finalist in the 2010 Next Generation Indie Book Awards, Tiger Woman, a First Place Winner in the Action-Adventure category of the 2010 Next Generation Indie Book Awards, and The Baron of Clayhill, a finalist in the Amazon Breakthrough Novel Awards contest and a 2010 finalist in the Popular Fiction category of the National Indie Excellence Awards. His latest two releases are Above All and Cold Hearts Burning.

John has completed three other novels awaiting publication: America’s Diplomats, Eyes of the Blind, Searching For Leah, and is currently working on When A Rebel Comes Home.

John resides in Blythewood, South Carolina, with his wife Misty, and has three sons and two granddaughters. 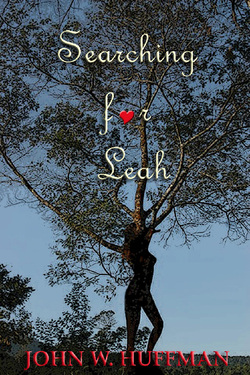 Searching For Leah: Clint Long, desperately seeking a sponsor for his race team, impulsively stops by an old mystic to have his fortune read and unwittingly sparks a euphoric reaction when she discovers he by chance has eleven direct genetic links to their twelve sacred tribes, which the governing Council of their Craft has been trying to forge for over five thousand years. Unbeknownst to him, the colorful members of Council hastily adapt a plan to gather his seed within a maiden from the remaining twelfth tribe, whose newborn persona is destined by the ancient ones to usher in a new age of enlightenment for all mankind. For this noble quest, they select Leah as the vessel to bear his child, a naïve young woman raised in the swamps of Louisiana and home-schooled by her mother with virtually no contact with the outside world. When Leah’s godmother mistakenly casts a love spell, Clint whisks Leah out of her protected environment into his fast-paced world while Council valiantly tries to keep up and subtly protect the unborn child. 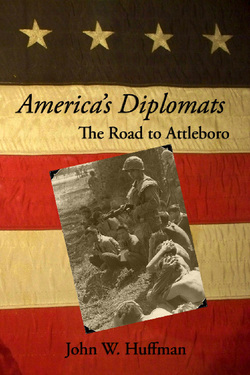 America’s Diplomats powerfully portrays the Vietnam conflict’s initial phase when patriotism still reigned supreme. All wars spawn simple heroes from youthful naivety as boy-soldiers evolve into weathered combat veterans. Young Jay Sharpe is no exception. Born into a long lineage of patriots, he never questions his generation’s call to arms. Filled with wanderlust and rarely sure of what he wants, but knowing precisely what he does not want, a predictable marriage to his high school sweetheart and looming job at the local sawmill in his small hometown after graduation, he gallops off to the nearest Army recruiter to become Private John Joseph Sharpe, All-American hero. After rigorous training, he emerges as one of the Army’s elite paratroopers and eagerly sails off to Vietnam and the golden opportunities awaiting him there—a near fatal encounter with the 9th North Vietnamese “Ghost” Regiment in the legendary battle of Attleboro, the largest land engagement of the entire war effort. His gripping tale of the trials of a soldier in our nation’s most controversial confrontation is a graphic chronicle of love, hate, hope, and despair in an era of uncertainty and misdirection.


The First Place Winner in the Military Fiction category of the 2011 National Indie Excellence Awards.

Order a signed print copy here for $11.50 plus tax and shipping. 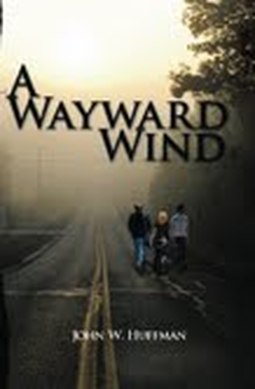 A Wayward Wind is a gripping tale of three former runaways whose troubled past spills over into the present when tragedy reunites the trio and spins them off into yet another unlikely venture together. When Jay Harte returns from the Army a highly decorated but disillusioned veteran, a desperate letter from his childhood friend, Oliver Freeman, now incarcerated on death row in Angola prison, launches him on a heartrending search for his youthful love, Hattie Trudeau.


Available at Amazon in Print and Kindle

A Finalist in the Regional Fiction category of the 2010 Next Generation Indie Book Awards.


Signed copies of A Wayward Wind $10.50 plus tax and shipping! 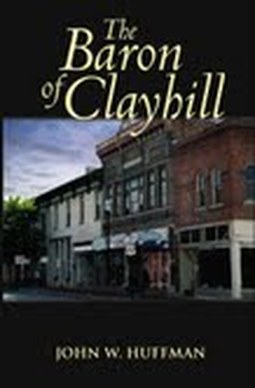 Publishers Weekly review of The Baron of Clayhill:
Set in 1967 East Texas, this novel mixes a soupcon of the supernatural in with the mundane. Twenty-year old Paul Henry is released from the Army physically healed from the wounds he suffered in Viet Nam, but still suffering from deep psychic wounds and a radically changed outlook. Having gone through the classic lost-his-girl-to-his-best-friend scenario, estranged from family and friends and not knowing what he's going to do with the rest of his life, Paul decides to visit the grave of his father, John Allison Henry, a man he never knew, who supposedly committed suicide on the day his son was born. Paul's impulsive decision to find out more about his father sets him on a journey among strangers in a strange land, where he will find happiness and horror, love and hate, the power of determined effort, and the force of capricious fate. The author does an excellent job of keeping you enthralled, making you hope all will be well, yet causing you to fear that all will come crashing down. Like a skilled poker player, this story keeps its cards close to its vest until all the bets are in, the hand is called, and boom! - the cards are laid on the table for all to see. After the emotions stirred up by the showdown abate, one thought is left - wow! Deal another hand!

Signed copies of The Baron of Clayhill $10.50 plus tax and shipping 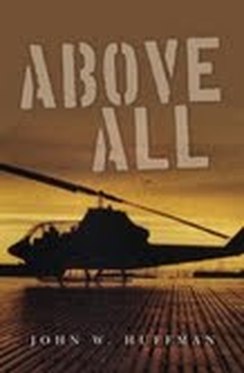 Above All is a lighthearted action-adventure story set in the waning stages of the Vietnam war which pits a consummate warrior against the political strangulation that rendered our armed forces virtually powerless in that national tragedy. It is a comical, sordid tale of a roguish gunship pilot and his nemesis, a petty commanding officer, who loathe each other at first sight. As adversaries they encompass the chaos of that era, accompanied by a coven of nurses and a clandestine army of misfits who bring out the best—and worst—of our country during that painful period. Their saga is one of love and lust, hope and despair, valor and cowardice, awash in a deluge of demoralizing apathy as it relives the bitter end of the conflict based largely on factual events.

A Finalist in the Action-Adventure category of the 2011 Next Generation Indie Book Awards.

Signed copies of Above All $10.50 plus tax and shipping 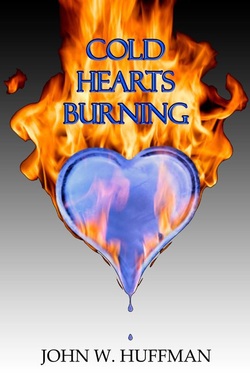 Cold Hearts Burning is an enduring tale of wit, romance, and intrigue revolving around a series of perplexing murders centered on youthful liaisons, which ultimately leads to a quixotic relationship as the past unravels into the present. After a big-city police department drums Dean Davis off the force for committing a tragic error in judgment, he returns to his small hometown to ponder his uncertain future, only to encounter his troubled past. He finds that small towns hide their dark secrets well when a former first love charged with the murder of her current fiancé engulfs him in a baffling whodunit to prove her innocent of the crime. Further besieged by another old flame from his freewheeling high school days, as well as his first love’s younger sister, his dilemma quickly evolves into a comical misadventure that ultimately heals deep wounds distant and near as it exposes a heinous scandal in a convoluted paradox of twists and turns.

Signed copies of Cold Hearts Burning $10.50 plus tax and shipping 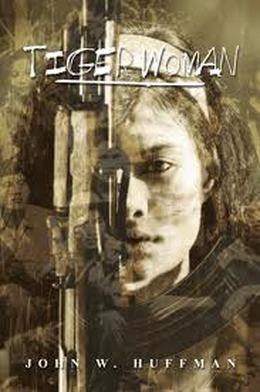 2010 Next Generation Indie Book Award Winner in the Action-Adventure Category.

Tiger Woman depicts a brief period of unconventional warfare that tests the boundaries of humanity in a haunting tale of unremitting evil no ordinary soldier ever trains to face. Captain Christen, a dedicated intelligence officer with the 25th Infantry Division, directs an all-out hunt for a roguish female who leads a small guerrilla force with chilling efficiency as she employs depraved acts of psychological warfare to instill terror in those she opposes. The story provides graphic detail of the bitter struggle between the hunter by day who becomes the hunted by night as the pendulum of power swings to and fro with the rising and setting sun. Tiger Woman infuses great passion into a previously undisclosed segment of the Vietnam conflict in a manner never before portrayed by bringing into sharp focus the female soldiers who supported the communist cause so efficiently.

The First Place Winner in the Action-Adventure category of the 2010 Next Generation Indie Book Awards.


Signed copies of Tiger Woman $10.50 plus tax and shipping!