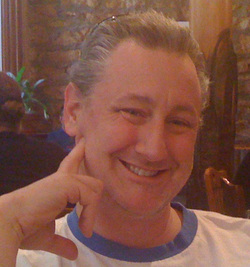 John R. Phythyon, Jr. wishes he were a superhero or a magician, but, since he has not yet been bitten by a radioactive spider or gotten his letter from Hogwarts, he writes adventure stories instead. He is the author of the Wolf Dasher series of fantasy-thriller mashup novels, as well as several short stories, a two-act comedy, and numerous game manuals. He won awards for the latter and hopes to make millions with the former.

In the meantime, he lives in Lawrence KS with his girlfriend, her children and dog, and his cat. His current projects include the next novel in the Wolf Dasher series, world peace, and desperately wishing for the Cincinnati Bengals to win a Super Bowl before he dies. 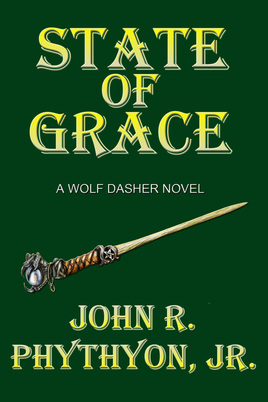 When his friend and colleague in Urland’s Shadow Service, Sara Wensley-James, is murdered in the elf nation of Alfar, Wolf Dasher’s mission seems simple: track down her killer and bring him to justice. But nothing is going to be easy about this case.

Sara named Sagaius Silverleaf, Alfar’s ambassador to Urland as the culprit, but he couldn’t have done it. He was in Urland at the time of the murder.

Sent to Alfar under cover as Urland’s new ambassador, Wolf begins the most difficult and dangerous mission of his career. The once-lush and magical land of the elves is decaying. Its once-verdant countryside is putrefying before its citizens’ eyes. Some blame the presence of human occupiers – Urlish military units present to keep order and support Alfar’s shaky coalition government. Some blame losing the message of the great prophet, Frey, and turning away from God’s plan. But many think it is simply the schism in elfin religion that spawned a civil war and daily acts of terrorism by fundamentalist martyrs.

Wolf must navigate this nightmarish environment to find Sara’s killer. Could Silverleaf have been responsible? If so, why? His investigation leads him into an intricate web of assassination, betrayal, and zealotry. With the help of Aflar’s Elite Guard captain, May Honeyflower, Wolf uncovers piece after piece of a sinister puzzle: a psychotic killer, a mad general bent on conquest, an ancient, evil artifact, and a terrorist organization planning a grand act of devastation. But how do they all fit together? What did Sara discover that got her killed?

As the Feast of the Revelation, the holiest day on the elfin calendar, approaches, Wolf and Honeyflower find themselves in a race against time to unravel a plot that could topple Alfar’s government, plunge it into war, and change the balance of power in the world forever.

State of Grace is the first in a series of fantasy-thriller mashup novels, blending magic, super spies, and politics in an exciting brew of action and adventure. From the chilling opening scene to the pulse-pounding climax, State of Grace takes the best elements of an espionage thriller and a court intrigue and weaves them into a world both familiar and fantastic. 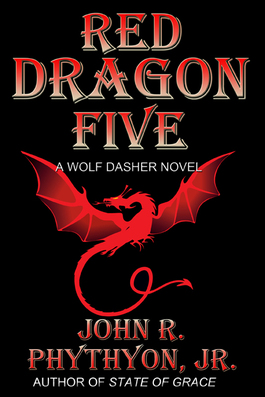 When the top-secret Red Dragon Project is sabotaged and one of its agents disapppears, only Wolf Dasher realizes who is really behind it: the sinister terrorist organization, the Sons of Frey. Buth when the trail leads across the boarder of Alfar and into Jifan, Wolf must leave behind his new love, May Honeyflower, and go undercover on a dangerous and unofficial mission with no backup. Deep inside the terrorists' operation, Wolf searches for the missing Red Dragon. And when he disappears, May abandons her post as Captain of Alfar's Elite Guard and goes off on a desperate search for him. Can she find him before the Sons of Frey discover his true indentity, and can either of them stop the terrorists from unleashing an apocalypse on Alfar?

RED DRAGON FIVE is the second book in the Wolf Dasher series of fantasy-thriller mashup novels blending magic, super-spies, and politics in an exciting brew of action and adventure. A story of love and family set against a backdrop of betrayal, revenge, and terrorism, RED DRAGON FIVE is a page-turner you won't want to put down. Read it as a stand-alone novel or as a sequel to STATE OF GRACE. 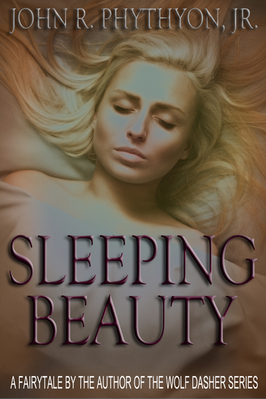 Beth Shipman has been in a coma for two years. Now sixteen, her friends have abandoned her, and her mother is slowly going insane. Only one person remains interested in her — Carl, the young man who fell in love with her on the first day of Sixth Grade. He visits two or three times a week, talking to her and hoping she will wake.

Carl may just be the key to breaking the spell that holds Beth in its grip. Her mother has a desperate plan to free her Pretty Princess from eternal slumber, but it won’t be easy. Carl must overcome his doubts and believe in the power of love, and Beth’s father Rex isn’t interested in her waking up. After all, he’s the one who put her to sleep in the first place. Can True Love’s First Kiss really break the curse, or are darkness, insanity, and self-doubt too strong?

“Sleeping Beauty” is a creepy reimagining of a familiar story that explores what happens when parents go too far to protect their children. A cautionary tale, it reminds us there is a fine line between love and obsession, between care and cruelty.