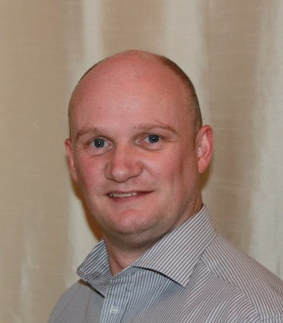 John R McKay was born and raised in Wigan, near Manchester, England, and after serving in the Royal Air Force for seven years he joined Greater Manchester Fire and Rescue Service in 1997 until leaving to take up other pursuits, including writing.

He has two daughters and lives with his wife, Dawn.

John's debut novel, the thriller 'The Journal', tells the story of a young man trying to come to terms with the death of his partner whilst avoiding a killer. It takes the reader from modern day England back to the two world wars, where the mystery of what is happening to him can be revealed.

His second novel, the acclaimed 'The Absolution Of Otto Finkel', is a historical novel covering largely unknown events of World War 2 and how war affects people in different ways. John has carried this premise for many years and is extremely proud now the work has been completed and published by Pegasus.

Taking a break from the historical fiction genre, John's third novel 'Mosquitoes' is a contemporary study of how a man can 'lose the plot' when circumstances in his life change suddenly. A black comedy, Mosquitoes is a uniquely written story, told from the perspective someone unable to cope with both the pressures of modern society and those he puts on himself.

John's fourth novel, 'The Sun Will Always Shine' is a tale of two brothers during the time of the First World War who are the keepers of a dangerous secret and find the only escape in the horrors of the trenches of northern France.

His latest release, The Worst Journey In The World, is based on the Arctic Convoys of World War 2.

He cites his modern literary favourites as Sebastian Faulkes, Robert Harris and Wilbur Smith.
​
He is currently working on his sixth novel, which he is hoping to release later this year.

The Absolution Of Otto Finkel

The Sun Will Always Shine

The Worst Journey In The World