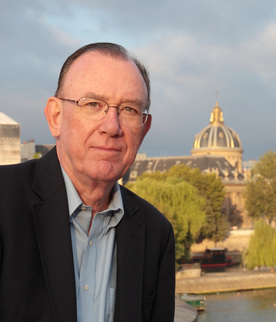 John Pearce is a part-time Parisian but lives quite happily most of the the year in Sarasota, FL. He worked as a journalist in Washington and Europe, where he covered economics for the International Herald Tribune and edited a business magazine. After a business career in Sarasota, he spends his days working on his future books - a sequel he expects to publish later in 2014 and a prequel after that. For several months each year, he and his wife Jan live in Paris, walk its streets, and chase down interesting settings for future books and his blog, JohnPearceAuthor.com. They lived earlier in Frankfurt, Germany, which gave him valuable insights for several of the scenes in his sequel, whose working title is Last Stop: Paris. 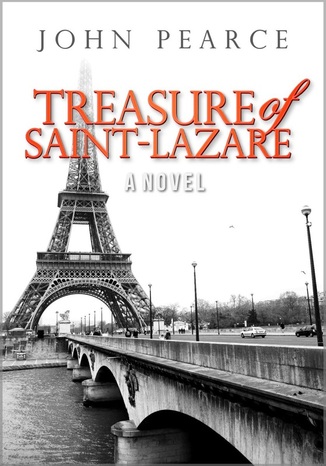 TO ROMANTIC PARIS AND BACK

THE TREACHEROUS QUEST for Raphael's Renaissance masterpiece "Portrait of a Young Man," stolen by the Nazis 74 years ago and still missing.

An old lover, Jen Wetzmuller, brings a cryptic letter to Paris, pulling Eddie Grant reluctantly into a web of intrigue and death he was doing his best to avoid - but giving him a slim chance to find the terrorists who murdered his family. In the process he and Jen rekindle the short but passionate affair they shared twenty years before.

Treasure of Saint-Lazare is a thriller for the Paris lover, especially one who enjoys romantic walks through the city. It has reached #25 on the Kindle historical mystery best-seller list.