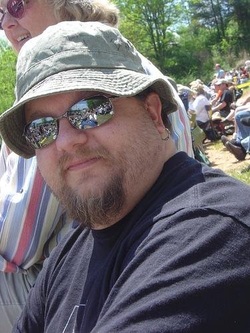 John G. Hartness is a native of Bullock Creek SC with a degree in Theatre Performance from Winthrop University. A lighting designer, director, producer and performer, John turned from stage to page several years ago and has published over 400 articles on various internet gaming websites under the moniker Falstaff. He is the author of two novels and two collections of poetry, and in 2009 won the Charlotte Writers' Club Board Prize for Poetry. 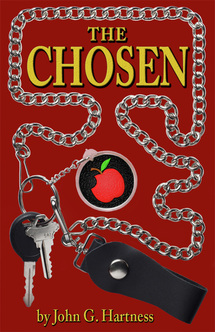 What do you get when you mix a couple of immortals, a snotty archangel, the Father of Lies, a redneck street preacher and a couple of wiseass waitresses from Texas? You get a cross-country road trip to save the world, of course!

Adam (yeah THAT Adam) has been around for a long time, but even he's never seen anything like this. He has to gather his ex-girlfriend and his youngest daughter with his ex-wife (you remember Eve, right?) and his oldest surviving son (Cain) and get them across the country for a meeting with Archangel Michael and Lucifer to determine the fate of the world. Along the way there are strip clubs, cheap beer, expensive whiskey, biker bar fights, shotgun blasts in motel parking lots, sing-alongs in public parks and other wild adventures as our group of intrepid immortals and universal icons travel to save the world. 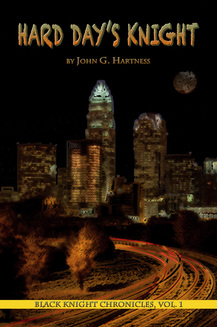 The police are stumped.

Halloween is coming, with an ancient evil on the horizon.

The vampires are the good guys.

This is not your ordinary fall weekend in Charlotte, NC. Vampire private detectives Jimmy Black and Greg Knightwood have been hired to keep a young client from being cursed for all eternity, but end up in a bigger mess than they ever imagined.

Suddenly trapped in the middle of a serial kidnapping case, Jimmy and Greg uncover a plot to bring forth an ancient evil into the world, and enlist the help of a police detective, a priest, a witch, a fallen angel and strip club proprietor to save the world. This unlikely band of heroes battles zombies, witches, neuroses and sunburn while cracking jokes and looking for the perfect bag of O-negative.