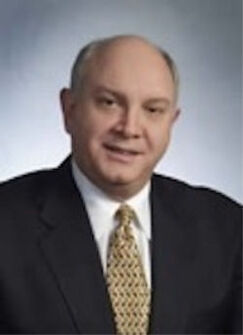 Dr. John P. Dentico has spent the last 25 years working to educate and train leaders in the art and practice of 21st-century leadership. He is the founder of LeadSimm LLC, the creator of the LeadSimm Leadership Impact Simulation Method of training and the author of Throttle Up: How to Accelerate the Impact of 21st Century Leadership.

His LeadSimm Leadership Impact Simulation Method is a non-computer based 21st-century leadership practice field. It has been used to instill 21st century leadership practices in those faced with such complex issues as: counter-terrorism, narco-terrorism, airport security, emergency response, crime reduction, gang warfare, opening day of a new baseball stadium, protection of petroleum facilities, vital ports and bridges and mass transit systems throughout the United States.

In addition to his work at LeadSimm LLC, Dr. Dentico served for ten years as a special consultant to the Division of Public Safety Leadership at the Johns Hopkins University and for twelve years as an instructor in the LEEDA program at the FBI Academy. While at Johns Hopkins, Dr. Dentico presented and co-facilitated a strategic thinking session for a multi-disciplined group focused on the crime of identity theft. Additionally, he co-wrote the National Strategy to Combat Identity Theft. While at the FBI Academy, he devised, developed and facilitated LeadSimm counter-terrorism and narco-terrorism simulations for over 1000 senior law enforcement officers from around the globe.

Dr. Dentico holds a Doctorate in Leadership Studies from the University of San Diego.

Throttle Up: How To Accelerate The Impact of 21st Century Leadership