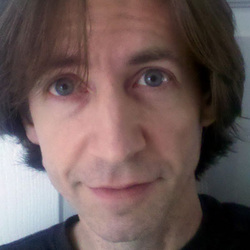 Joe Crubaugh is the author of "Terminal Departure: A Cleo Matts Novel" and many intriguing articles posted on his Hard-boiled Dreams of the World blog.

When he's not writing about himself in the third person, Joe spends weekdays masquerading as a software consultant in the ship, plant, and offshore industry.

Joe was born in Tupelo, Mississippi (yes, he's an Elvis fan...) and currently resides in Huntsville, Alabama with his wife, three children, and a couple of dogs. 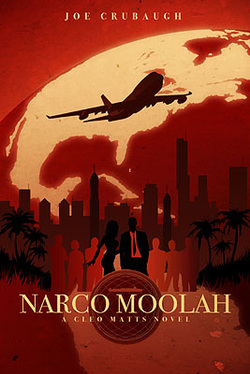 “U.S. banks laundered a trillion dollars of drug money last year. The economy depends on it.”

A heinous terrorist attack in Honolulu cuts vacation short for burned-out Trapdoor agent Cleo Matts. With the streets of Waikiki in chaos and his own agency compromised, Matts turns fugitive. Wanted dead or alive by the police, the Japanese mafia, the CIA, and Trapdoor, Matts finds an unlikely ally in Sid Bidwell, the mysterious leader of Unit R—an international clique of anarchist computer hackers.

With Bidwell’s help, Matts resolves to take down the elite powerbrokers in the fascist Ministry of Streunberg who are proceeding with a ruthless scheme to rescue the sagging empire of corrupt Wall Street billionaires—a plan that will leave urban centers decimated and lay waste to a generation of Americans. 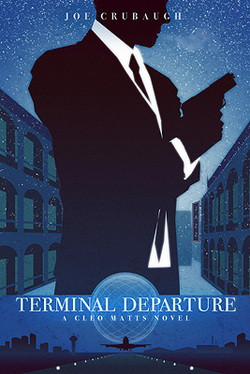 “We’re not exactly at the top of the food chain."

The Ministry of Streunberg, a secret cabal of the world's influential elite, has infiltrated the U.S. Government all the way to the White House. Their scheme for global supremacy entails blowing up a 737 airliner carrying an uncooperative genetic microbiologist. But they need the fruit of the doctor's research first—a small package that could unleash mass destruction across the globe.

Dissident agent Cleo Matts isn't about to let that happen.

But when Matts boards the ill-fated flight, he doesn't count on an ice storm disrupting air traffic across the Midwest. And he doesn't count on rescuing Julia McMichaels, a gorgeous Hollywood sweetheart running from an abusive husband. And he never imagined that the ancient alien watchers would choose this day to interfere in the squabbles of men.

From the back streets of New Orleans and the corridors of NASA to the super yacht of a gigolo Saudi prince and a showdown in a raging ice storm, the laughs, chases, and shoot-outs come fast and furious in this balls-to-the-wall espionage action thriller