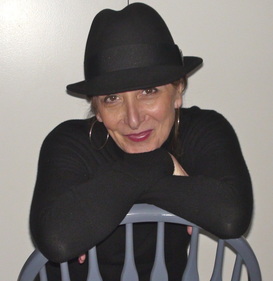 Joanne Tombrakos has a genetic predisposition to organization and being a  self-starter. This served her well in her professional career, first as a public school teacher and later as an advertising sales executive working for companies that include CBS and Time Warner.  In 2008 she left that behind to become an entrepreneur. The challenges she faced are the genesis of her newest book, It Takes An Egg Timer, A Guide to Creating the Time for Your Life.

Today she is a writer, coach and speaker as well as the author of a novel, The Secrets They Kept. She blogs on living and working after corporate America at OneWomansEye.blogspot.com.  She and her egg timer reside in New York City.

It Takes An Egg Timer: A Guide to Creating the Time for Your Life. 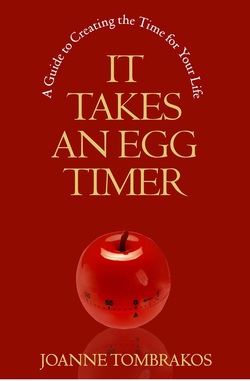 One of the biggest excuses for not creating the change we want is that we are convinced we just don’t have the time. We’re already on overload. How can we possibly fit one more thing in? We’re convinced we have not a moment to do those things we have to do, much less what we yearn most to.

It Takes An Egg Timer, a Guide to Creating the Time for Your Life intends to prove that excuse wrong.  You do have enough time-for everything you have to do and want to, and then some. It’s just a question of what you are letting get in the way.

This is not your typical book on time management. It is part guide and part manifesto. It offers uncomplicated solutions that start with a very simple tool, the egg timer. It is written not just for the self-employed and entrepreneurs struggling to keep themselves on task, productive and happy but also for those who simply dream about making a change in their life, big or small, and are convinced that what is stopping them is not enough time.

Informative and entertaining, It Takes An Egg Timer will inspire and motivate you to examine how you use and misuse your time. At the end you will no longer ask yourself whether you have the time to do what you want, but what you will do with it now that you’ve found it.

The Secrets They Kept 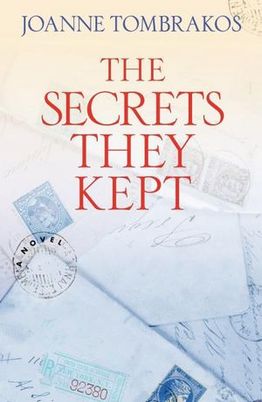 Every family has its secrets. Elena Poulous knew that. As an attorney she witnessed such deception every day. But she never thought her Greek-American family was like everybody else’s. She believed she knew everything there was to know about them - until the Saturday morning, the police knock on the door of her New York City apartment. Her otherwise organized and controlled life is suddenly disrupted as they inform her of the death of Yannis Poulous, a man she had never heard of, a man who has listed her as his next of kin.

As Elena sets out to settle his affairs, she encounters a web of secrets that have been silenced for a lifetime. A box of old letters she unearths in his Brooklyn apartment begin to help unravel the mystery. But the biggest part of the puzzle - why everyone in her family, especially her mother Kristina refuses to talk about him - proves the most difficult to discover.

The story unfolds over the course of the forty days that follow Yannis’ death, a time when according to the beliefs of the Greek Orthodox religion, the soul of the deceased remains close to the earth and to those it loves as it asks for the forgiveness of its sins.

The Secrets They Kept is a multi-generational story, of mothers and daughters, of cultural and religious influences that still exercise power, of hearts closing and opening, of secrets kept and discovered, all in the name of love and of family.