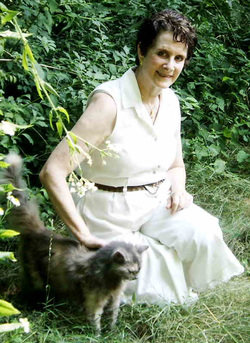 My journey to becoming an author is unusual, for since I can remember, I always wanted to be an engineer, which I did realize. But unlike Scotty of Star Trek fame, my recreational reading not only consisted of technical manuals, but ran the gamut from science fiction to historical fiction, from texts on art to biographies. Until I read Sharon Kay Penman’s Sunne in Splendor and then Paul Murray Kendall’s Richard the Third, my mental image of this English king, was of the monster Tudor invented and Shakespeare presented. Not only did these books change my thinking about the last Yorkist Monarch, but I was so taken by his story that this dyed-in-the-wool technogeek felt compelled to write about Richard III.

Before I started on my novel, I dabbled in the world of fan fiction, writing stories for my pleasure about characters from my favorite science fiction show, "Farscape." Then I discovered Richard III, and the rest, as they say, is history.

To make the transition to write about a well-known Medieval English King, I joined an online writing community, Critique Circle, and became a member of The Richard III Society, American Branch. I owe much to these two groups for their encouragement and technical help. 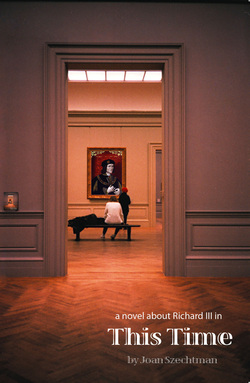 THIS TIME starts moments before Richard III loses to Henry Tudor on Bosworth Field near Leicester, England on August 22, 1485, when a team of Ricardians (people trying to restore the name and reputation of Richard III) substitute an armor clad corpse for the king and bring him into Portland, Oregon. Richard awakens August 21, 2004 to an alien world where even the English he speaks is different.

The story follows two parallel paths: the present where Richard must learn how to adjust to not only the technological advancements but also the more difficult cultural differences; and looking back at the past to solve some of the mysteries that have haunted and maligned his image for over 500 years. 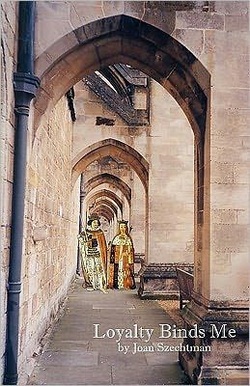 LOYALTY BINDS ME is the second book about Richard III in the 21st-century by award winning author, Joan Szechtman. It begins about a year after the first book of the series This Time ends. Richard has married a divorcee, adopted her two daughters, and with the help of his new wife, rescued his son Edward, who had predeceased him in the 15th-century. Richard has lived in the twenty-first century for two years, and his son has been with him for the past year. At the start of the novel, they have just arrived in London, when Richard is brought in by the Metropolitan Police for questioning about the alleged murder of Richard III's nephews in 1483. Richard must now find a way to clear his name and protect his family while concealing his true identity.

LOYALTY BINDS ME: recommended by Midwest Book Reviews and ForeWord 2011 Book of the Year Finalist