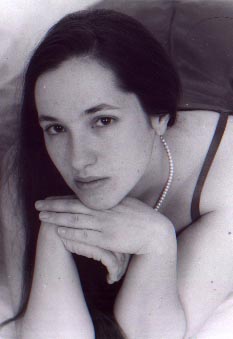 Jennifer Quail has lived in Virginia, Washington, D.C. and New England, and now resides in her native Michigan. When not working for a museum or writing about unusual vampires and reluctant mages, she owns dogs, manages cats, ballroom dances, collects antique oddities, and is keeper of a retired racehorse.

Strange Roads: Book I of Omens in the Night 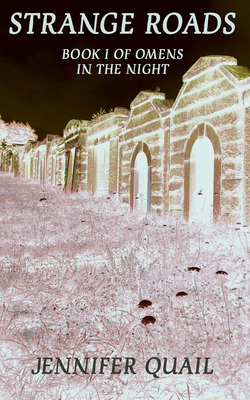 What do a conservative ex-Navy test pilot and a liberal Senate aide have in common? Nothing, really--except being the two most powerful Mages born in decades. Elaine Gates and Alan Graves are the Lady of Wind and Water and the Lord of Earth and Fire, or so the strange Mark Valentine and his equally-unusual companion, Nadia Julian, tell them. And none too soon, as the unlikely allies are plunged into a battle against dark forces poised to take over the world, starting with Washington, D.C.

Sparks literally fly as Alan and Elaine confront dangerous enemies and even more deadly allies in a race to find a magical treasure . . . and the key to their own destinies.

The Demon That Is Dreaming: Book II of Omens in the Night 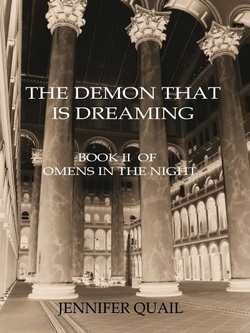 Elaine Gates and Alan Graves have only had a few weeks to recover from the shock of discovering their roles as the Lady of Wind and Water and the Lord of Earth and Fire and having to fight for their lives against dark Mages determined to kill them. They're hoping life will be quieter for a while, especially as Alan's Senator employer is beginning to ask questions about her staffer's strange new habits. Elaine, meanwhile, wants time to look for meaningful employment now her injuries have ended her Navy career, and to find out more about their mysterious allies, the vampire Mark Valentine and his thrall Nadia Julian. But an earthquake, a new vampire on the scene, and a demonic apparition lead them straight back into the shadowy world of magic . . . and murder.