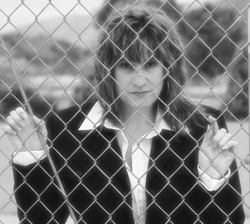 Jennifer Chase holds a bachelor degree in police forensics and a master’s in criminology. In addition, she holds certifications in serial crime and criminal profiling. She’s a member of the International Association of Forensic Criminologists.

Jennifer is an author, freelance writer, and a criminologist. She has authored three thriller novels Compulsion, Award-Winning Dead Game, and Award-Winning Silent Partner. She has authored a non-fiction book How to Write a Screenplay, incorporating a step-by-step process to write a screenplay. She currently assists clients in publishing, ghostwriting, book reviews, blogs, articles, screenwriting, editing, and research.

Jennifer was born and raised in California where she currently resides with her husband, two dogs, and two incorrigible cats. She developed a love for books and writing at an early age. 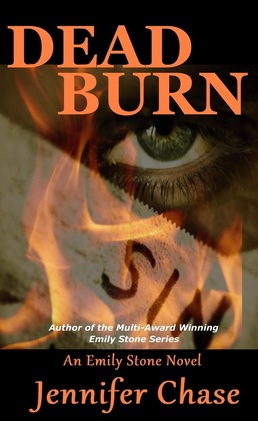 Terrified California residents face the shocking dilemma of yet another serial killer roaming freely in their neighborhoods. However, this time it is an evolving serial killer anomaly that relentlessly searches for, hunts down, and ingeniously traps his victims before unleashing his fiery rage. Always two steps ahead of the cops and fire investigators, the killer hones in on the next sinful target leaving a trail of bones and ashes behind as evidence. It rocks the criminal justice system to the core as a string of arson murders hits inside their turf.

Vigilante detective Emily Stone hunts serial killers and child abductors, covertly and under the law enforcement radar, with her intrinsic skills of criminal profiling and forensic investigation. With Stone’s toughest case yet, the arson serial killer immediately crosses her radar and sends her into the dark territory of a lethal pyromaniac’s mind – to the point of no return.
While following the clues of the relentless firebomber, Stone grabs the attention of a government anti-terrorist organization called GATE that oversees all law enforcement cases across the U.S., which now focuses their sights on her proven abilities. They have very specific plans for her, whether she likes it or not.

Everything teeters on the edge of reality, as Stone must battle for her life between a hired assassin and an arson serial killer. Lines are drawn on both sides of the law. Friendships and lovers are tested.

Everyone sins... Are you willing to pay for yours? 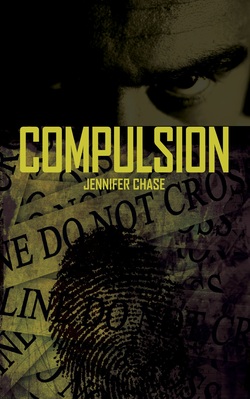 When Serial Killers Terrorize a California Beach Community, One Woman Stands in Their Way

Emily Stone doesn’t have a badge. But that hasn’t stopped her from tracking down some of the West’s most dangerous child-killers. Armed with a digital SLR camera, laptop computer and her trusty Beretta, Stone uses her innate gift for detective work to identify the perps—and then anonymously e-mail the evidence to the cops.

Now, the hunt for two brazen serial killers on the loose right in her own coastal California town threatens to expose Stone’s identity—unraveling her carefully constructed cover and jeopardizing her life’s work. But when she gets too close to the action, this razor-sharp hunter becomes the hunted. Cooperating with the handsome local police detective could be the only hope for stopping the rampage directed at unsuspecting young women—and saving herself. Can they piece together the clues in time?

Compulsion mixes CSI-style investigation with a ripped-from-the-headlines plot and a dose of romance for a keeps-you-guessing, fast-paced and savvy thriller, right up until the shocking finale. 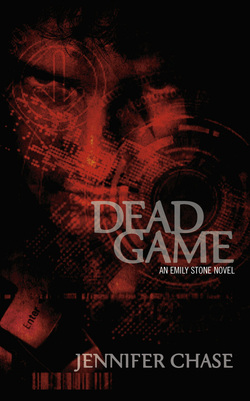 In this Video Game, ‘Game Over’ Means You’re Dead

In her independent efforts to catch child killers, Emily Stone discovers the evidence that the cops can’t—or won’t—uncover. Now, this covert investigator is back on the hunt for the world’s most sick and twisted murderers. But even with help from ex-police detective Rick Lopez, this time she’s facing her most dangerous opponent yet.

The headlines in the San Jose Mercury News blare updates on a serial killer who seems able to slaughter with impunity. Men, women—it doesn’t matter; the victims serve only to satisfy a perverted need to kill. The killer watches the moment of death on multiple computer screens, over and over again. The only connection is that they’re all devotees of the latest video-game craze—a sophisticated brain-puzzler called EagleEye.

When the killer goes after Lopez’s law-enforcement mentor, Lopez and Stone decide to give the cops a little extra, unsolicited help. What follows takes them deep inside a shocking high-tech world, a kind of social-networking community for serial killers. But when they start getting too close to the truth, all hell’s going to break loose.

Now, Stone and Lopez become the killer’s next target as Stone must make a difficult decision to leave the ones she loves in an all-or-nothing effort for survival. Can they stay alive long enough to blow the whistle on this unlikely perpetrator? 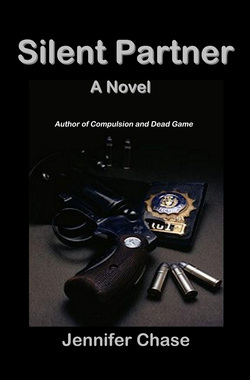 One Cop, One Serial Killer, One Witness
Who Will Survive?

Northern California’s elite Police K9 Units arrive at an abandoned warehouse after a high-speed chase and apprehend two killers after they have fled a grisly murder scene. This barely scratches the surface of a bloody trail from a prolific serial killer that leads to unlocking the insidious secrets of one family’s history, while tearing a police department apart.

Jack Davis, a top K9 cop with an unprecedented integrity, finds himself falling for a beautiful murder suspect and struggling with departmental codes.

Megan O’Connell, suffering from agoraphobia, is the prime murder suspect in her sister’s brutal murder.

Darrell Brooks, a psychopath who loves to kill, is on a quest to drive Megan insane for profit.

Everyone is a suspect. Everyone has a secret. Someone else must die to keep the truth buried forever. Silent Partner is a suspense ride along that will keep you guessing until the bitter end. 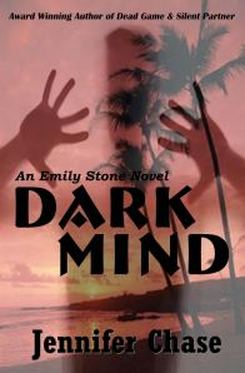 Vigilante detective Emily Stone continues her covert pursuits to find serial killers and child abductors, all under the radar while shadowing police investigations.

Emily searches for an abducted nine-year-old girl taken by ruthless and enterprising slave brokers. Following the clues from California to the garden island of Kauai, she begins to piece together the evidence and ventures deep into the jungle.

It doesn’t take long before Emily is thrown into the middle of murder, mayhem, and conspiracy. Locals aren’t talking as a serial killer now stalks the island, taking women in a brutal frenzy of ancient superstitions and folklore. Local cops are unprepared for what lies ahead. In a race against the clock, Emily and her team must identify the killer before time runs out. 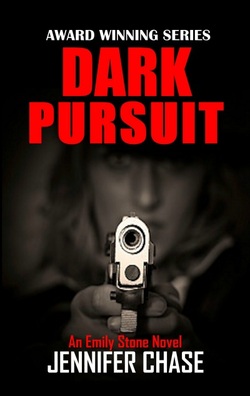 Vigilante detective Emily Stone has covertly hunted down killers and closed more serial cases than most seasoned homicide cops combined. Her exceptional profiling skills and forensic techniques, along with deductive crime scene investigations, have made her a compelling force that cannot be beat.
She has reached her ultimate breaking point and now must face her toughest opponent yet – her biggest fears.

With preciseness, the Tick-Tock Killer has taken his next child victim and promised to dump the body precisely four days later, mocking police and the community. Stone struggles to balance her inner demons and ghosts from the past, against the wits of a brutal and cunning serial killer in an all-out battle of psychological warfare.

Can Stone save the next child in time? Dark Pursuit is an action-packed cat and mouse game that will take you to dark places rarely explored.