Dr. Jeff's: The Life of Men 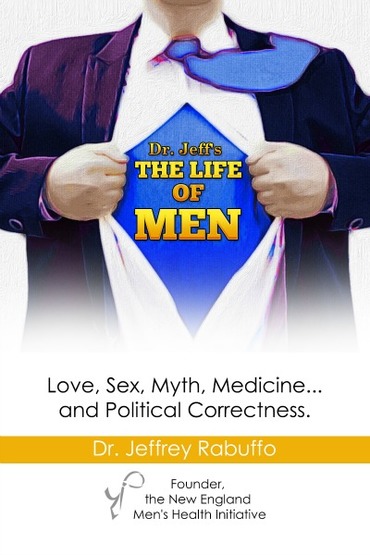 A half of a century is a long time. If you spend it in one profession hopefully you develop some insight, judgment, experience and wisdom. I think it was so with me.

If you include medical school, internship, residency, military service, and private practice, I’ve been taking care of men for that long. In that time I’ve seen many changes in our society; and from my point of view, although my focus has been on the care of men, the most significant change has been the rise of the feminist movement.

The onset of feminism was a terrific time for women. During the early period they developed a stronger gender identity, became organized as a social movement, fought for equal pay, dramatically expanded their career opportunities, and essentially changed the delivery of healthcare to their gender.

The advent of birth control gave women the freedom of opportunity to enter more than just nurturing roles: mother, teacher, or nurse. One opportunity of which they took advantage was to markedly increase healthcare’s focus on breast cancer. Women created an industry called by some in the media The Big Pink, a multimillion dollar industry designed to promote care and treatment for breast cancer patients, and to expand research into the causes and cure of the disease.

A number of years ago I heard a talk by then head of the National Institutes of Health (NIH), Bernadine Healy, to a national meeting of urologists. She commented on the research dollars going to breast cancer versus the research dollars going to prostate cancer. I remember her asking, “Where are you guys?” Those of us in the audience looked at each other in bewilderment. As practicing doctors we did not really pay attention to the politics of healthcare financing. We, probably naïvely, thought that some wise people, or committee, made intelligent decisions about these things. Most of us did not know what a lobbyist was.

I began to pay closer attention to non-medical healthcare issues and to their spillover into society. I both admired and applauded the Women’s Movement, and I was amazed by its effectiveness. Good for them. As that new philosophy spread throughout society major changes occurred. The role of women was redefined, and by default so too was the role of men. Women became more prominent in all aspects of our society; men became less so. Women created organizations, joined them, and formed sisterhoods to support their agenda. Men did not.

Fast-forward to the current decade. The role of men in society has been diminished. We now see books titled Do We Really Need Men, or The Forgotten Parent. The media frequently portray us as beer drinking incompetents; and who hasn’t seen a commercial or a scene in a movie where a man gets kicked in the testicles to the hilarious roar of the audience. Then there are the ubiquitous shows on television, albeit mostly comedies, where the male character is just plain dumb.

During my practice years I often talked to my male patients about these trends; and often I noted a quiet, resentful acceptance of the phenomenon. Many men were worried about the impact this new environment would have on their sons. The men I know are intelligent, resourceful, caring members of society, but that is seldom acknowledged and seems almost to be a secret. Men have the same work and family issues, and money worries, as women. We rarely have time to attend Little League or soccer games. For some reason these are not issues for society, but they are for men. Having treated perhaps 100,000 men over 40-years has given me the experience, insight and, hopefully, the judgment and wisdom to tell their story.