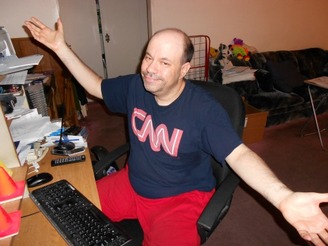 I was born January 21, 1969 in Brooklyn, NY. My dad was stationed in Fort Huachuca, AZ after his return from Vietnam, so I was an army brat without knowing it.

My childhood was like a lot of others–difficult. I was advanced for my age, as everyone discovered when I read the Times Square message boards at age two– out loud, no less. My grandparents told me how surprised the pedestrians were; I was too engaged to notice, or else I'd pass the hat around.

Unfortunately, the other kids weren't surprised. In fact, they were downright offended and often reminded me as much. The worst of it came in junior high school, when the entire grade hated my guts without knowing why. Looking back on it, I should've thanked those kids for giving me all that attention.

I realized I could write when our seventh-grade English teacher asked us to write an essay about a famous woman. Since I loved listening to pop music, I wrote my essay about Roberta Flack, but I was out sick the day after handing it in. The next Monday a girl in my class complained “Gee, thanks, Jeff. We all really wanted to hear about Roberta Flack.” Apparently the teacher was so impressed with my essay, he read it to the class–and my classmates had yet another reason to consider me persona non grata.

My so-called “bad reputation” followed me to high school. Suffice it to say I was never so relieved in my life than graduation day.

I entered Baruch College in 1987 to study accounting, but after seven years I realized I didn’t know how to crunch numbers the way they should be crunched. I detoured into journalism for a year, but my heart wasn’t in it, so I took time off to sort out my career goals. At the same time I worked as a receivables manager for a Manhattan-based trade magazine. It was the worst job I ever had, as I coped with office politics and the nastiest, most manipulative boss I ever had. But the experience inspired THE STRICKLAND FILE, which I wrote between 1997 and 2003 and am revising at the moment.

After Mill Hollow I worked at a list management company called Stevens-Knox & Associates for sixteen months. After losing that job I had trouble finding steady work for fourteen years. But in April 2002 I was diagnosed with Asperger’s Syndrome, which is high-functioning autism that affects social skills. It answered a lot of questions, particularly why I was socially inept as a child and couldn’t get jobs on my own. Now I work part-time for a security firm thanks to a supported-employment group called JobPath.

In addition to writing fiction, I compose songs using software. I enjoy old school R&B as well as 70s pop. I also sing and play guitar, bass and drums. 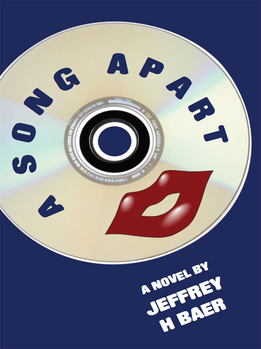 Soon they find they have several things in common: lonely childhoods, a passion for music, and making unpopular choices about their own lives. The public cannot take Shannon seriously as a teenaged recording artist, but she risks her sudden success by making some public mistakes after breaking into a soulless music industry with unusual ease. Meanwhile Kevin loses the respect of family, friends and coworkers over the girl he idolizes-and unwittingly blows the lid off a payola scheme devised by Shannon's record label, threatening her career and possibly his own freedom.

A Song Apart revolves around two young people from distinct backgrounds who choose to follow their hearts rather than their peers and find a greater reward at the end of their paths. 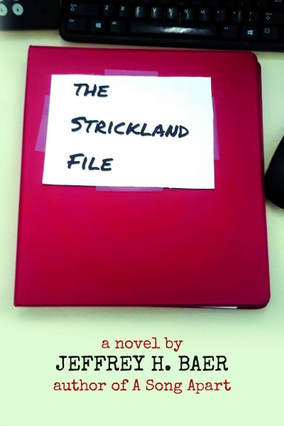 HIS LAST MANAGER TERMINATED HIM WITHOUT WARNING.
HE'LL WISH HIS NEXT MANAGER DID THE SAME THING.

Gary Strickland is astonished to lose his job before proposing to his childhood sweetheart Angela and braces for a lengthy search through the maze of New York City companies. Three days later Alex Schneider, a successful trade paper’s CFO, hires the recent college graduate to collect unpaid amounts from advertisers. But no sooner is Gary wedged among stingy clients, selfish coworkers, and his frazzled manager, than he and Angela learn they’ll become parents before husband and wife.

Three months later Gary’s company-wide invitation to his engagement party inadvertently enrages Alex, who then manipulates the young and unproven employee to protect his own fragile position. After Gary’s moral fiber takes a thorough beating, he finds Alex’s file suggesting he’s a hostage to upper management. Now Gary must abandon his livelihood before the office politics crush him, or remain for his family’s sake and risk a future defined by…THE STRICKLAND FILE.
Createspace