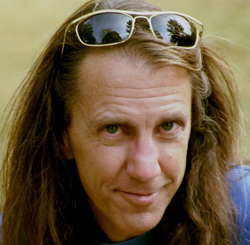 Jeff Whelan was born near Chicago and did his growing up in the smallish town of DeKalb, Illinois. Taking time to travel up and down the east coast with a carnival in his teens and spending a good part of his 20s living and working in San Francisco, Jeff returned to DeKalb and, to his surprise, found himself settling down and starting a family. Jeff worked 20 happy and fulfilling years in the field of special education. Then, thanks to the high cost of day care, he became a happy and fulfilled stay-at-home parent. Now that his children are both full-time schoolers, he has made his triumphant return to work by day as a special education paraprofessional and remains, by night, a home-based medical transcriptionist.

From an idea born in 1982, Jeff's first full-length novel was finally completed in 2001. Ten years later, he discovered the wonders of e-book self-publishing and is delighted to have a way to share his story with readers hungry for a departure from adolescent wizards and teenage vampires. Matters of life and death, it turns out, don't have to be so serious all the time.

Jeff hopes you will enjoy his work and ask for more. He'll be happy to oblige. 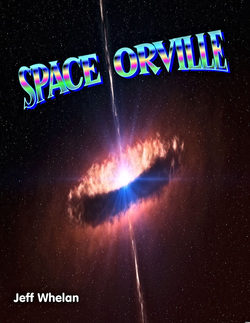 The universe is restless. A brilliant inventor has been kidnapped by a group of diseased refugees seeking a cure for their malady. Meanwhile, two agents are in pursuit of a dangerously powerful and deranged scientist who has escaped from prison with a device that can alter reality and enslave every living mind. When an innocent young man just discovering the freedoms and responsibilities of his teenage years is thrown into the mix, the plots collide with thrilling and often surreal results.

Meet Space Orville and his band of intergalactic misfits, monsters and mutants. Dare to see if one teenage rebel can hold a bunch of grown-ups together long enough to save the universe and rejoice in the merry chaos that is his world.

Click here for a PDF sample of Space Orville