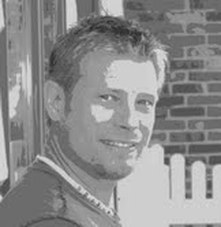 Jeff Bennington is the author of Reunion, Killing the Giants and The Rumblin’. Look for his upcoming supernatural thriller, Act of Vengeance in late 2011.

Jeff lives in Central Indiana with his wife, four children and two stray cats. He teaches a creative writing class for a home-school co-op and consultants publishers regarding author platform building and ePublishing. Look for his upcoming paranormal thriller, Act of Vengeance in late 2011.

History: Jeff grew up in Aurora, Ohio,  settled in Central Indiana and graduated from Indiana University in 2001 where the seeds of his writing career took root.

Mr. Bennington blogs weekly at The Writing Bomb about writing and publishing and contributes to the blog, Criminal Minds at Work.

You can learn more about Jeff at his website Jeff Bennington.com 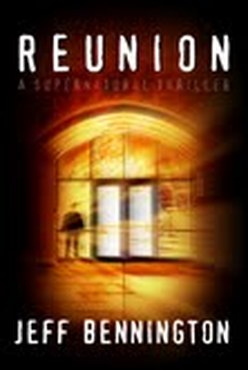 David Ray killed eight students and then turned the gun on himself. He thought the shooting and suicide would fix his world. It didn't. The massacre threw Tanner Khan and the other survivor's world into chaos.

Twenty years later, Tanner and his fellow classmates reluctantly agree to hold a class reunion. Although they all suffer from Post Traumatic Stress Disorder, they come back to their hometown and reunite in the defunct school building. Old flames are rekindled, fears are ignited, and their lives are about to explode in a whirlwind of memories, haunted by the spirit of David Ray.

Once they get inside their alma mater, they discover that a dark entity has come to join them. Whatever it is, it has come to collect a debt and someone has to pay! Will Tanner and his classmates overcome their fears, or will they be consumed by their worst nightmare?

"Jeff Bennington cuts right to the heart of darkness and evil in REUNION. Don't plan on getting any sleep once you start reading." - Joe Moore, international bestselling co-author of THE 731 LEGACY and THE GRAIL CONSPIRACY.

"When I started reading Reunion I was shocked by the quality of writing. Natural dialogue, good flow, interesting story, and efficient prose—it's all in there! This book draws you in quickly and doesn't let go." - Neal Hock, Bookhound's Den

"The malevolent entity in REUNION typifies the dark side of the paranormal. Jeff Bennington's new thriller is haunting my dreams." - Michael Clark, Executive Producer of Ghost Guys and Ghost Guys LIVE.


Jeff Bennington, author of The Rumblin’, has been praised by many for his works. His ability to accurately depict the “dark” side of human emotions especially shines in his new book, Reunion.

David Ray, murderer of classmates and destroyer of dreams, shot himself and died on graduation day. Twenty years later, several survivors are determined to go back to the place where their fears originated: Crescent Falls High School. Most of them had left Crescent Falls without a backwards glance after the massacre, but suddenly they felt a need to overcome the past. Unfortunately, mysterious things have been happening at the place where their reunion is to be held. The survivors unknowingly walk straight into the death trap… to possibly never come back out.

A supernatural horror that would grab your interest (and also your heart) and never let go, the Reunion will cause you to cry, smile, hope, and cower under your blanket, though not necessarily in that order. To conclude, all I can say is this: this book is a masterpiece." - 1412, Goodreads Reviewer 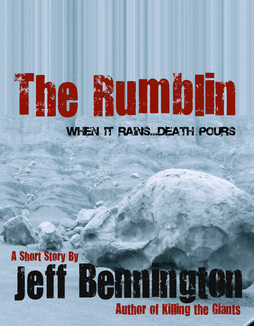 Phil Knite is so ready for a vacation, but he and his family get more of mother nature than they can handle in this suspensful short story. When a wicked wind blows in, Phil is forced to shack up with the other campers and learns that the Ranger is more than crazy, and the rumblin'...it's deadly! 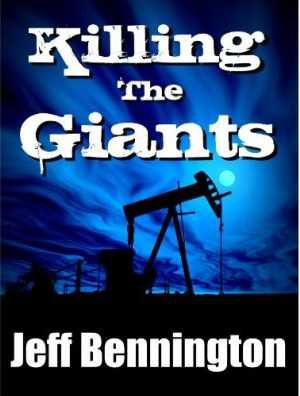 ATF agent, Sarah Perkins chases down a sinister, secret society behind two oil catastrophes. She knows all about their dark world, their plans and their brutality, but will she expose them before they spill more oil and blood? 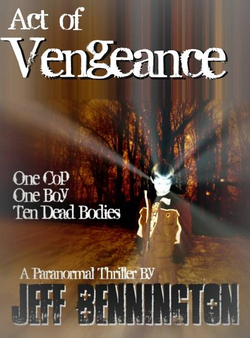 Read an excerpt of Act of Vengeance