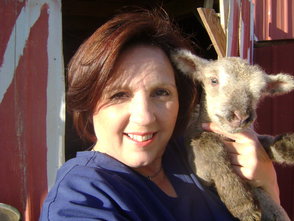 Jeanette Vaughan is an award winning writer and story teller. Not only is she published in the periodicals and professional journals of nursing, but also in the genre of fiction. Her favorite genres are historical fiction and Baby Boomer lit. Out on her sheep farm, she has written several novels and scripts. Her screenplay "Angel of Mercy" won the outstanding nursing research award from Texas Tech University Health Science Center. In addition, she was named Distinguished Alumni for the school of nursing in 2001 for her written work and volunteerism for the Sydney Olympic Games. Jeanette has practiced nursing in the fields of critical care and trauma. She is the mother of four children, including two Navy pilots. She lives in a Victorian farmhouse out in the pastures of northeast Texas with her sheep, chickens, donkeys and sheep dogs. 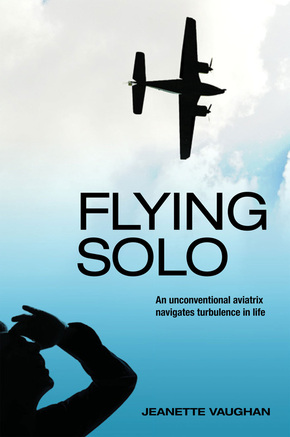 Sometimes, the choices we make in life have devastating consequence.

French Cajun Nora Broussard Greenwood was born with the wanderlust. However, her adventurous spirit doesn’t fit the sedate expectations of 1960s catholic New Orleans suburbia. On a whim, she takes flying lessons to become a pilot. Nora discovers the liberating freedom of flight, but an illicit affair with her pilot instructor complicates all. Confronting her ruthless husband for a divorce, Nora is temporarily grounded. Cast out of her home sans her children, she is threatened with her life. Desperate to regain them, she steals her husband’s plane. Trials and tribulations erupt as she navigates the turbulence her life has become. In a bizarre twist of fate, she survives by serving as caregiver to her lover’s sickly wife; hoping he will fall further in love with her as his soul mate. But is that to be? Nora must make the most difficult decision of her life in order to get things back on track. The realities of this tale are based on a true story.