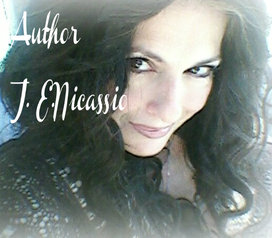 J.E. Nicassio knew she wanted to be a writer as a teenager. She dreamed of traveling the world and far away romantic places - but fate had other plans for her. Jennie married young and had two sons, after which fate dealt her a divorce and the challenge of raising two sons as a single mother. Determined not to be a worn out, tired single mom, she pulled her bootstraps up and attended college. Before she knew it, she graduated, and she even managed to get a Masters degree in professional writing. 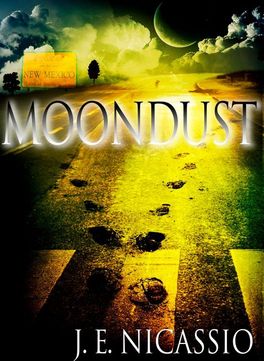 In a blink of an eye, Samantha Hunter's world comes crashing down in the mountains of Western Pennsylvania. In an unexpected twist of events, Samantha meets the mysterious Lucien Foster and learns the truth the government didn't want you to know...
dare to believe!

Moon Dust is a sci-fi adventure that begins when Samantha Hunter is the only survivor of a car crash that claims the life of her mother and younger brother, Cody. Although her car accident wounds are healed by a mysterious stranger, Samantha is haunted by the knowledge that the accident was her fault. When she and her father move to New Mexico, it is a chance to get away from the bittersweet memories of her family, and start over new. However, the arrival of a pale, dark haired stranger into her life changes everything. The stranger, a boy named Lucien, introduces Sam to the hidden world of real-life aliens. Romance and adventure follow Sam in her new life as she works to decipher her complicated alien-human relationship, and a underground covert organization who wants to discover what connects her to this strange alien boy. 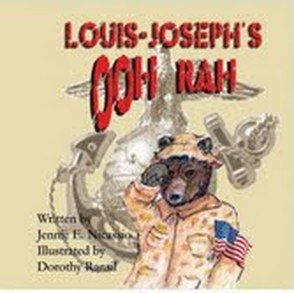 Imagine being a lonely little bear with a big imagination and just one dream: to become a soldier, preferably a United States Marine. It takes a friend―enter a lopsided little kitten with a wobbly eye―and a plan to dig a foxhole in the forest to set into motion an adventure that culminates in a dramatic rescue mission worthy of the United States Marines. Ooh! Rah!

Louis-Joseph's Ooh Rah is an adventure story for every young reader who harbours the dream of becoming a brave soldier. 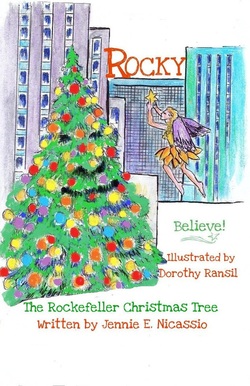 An Encouraging Tale Of Overcoming Obstacles

The most magical time of the year in New York City comes in November, with the lighting of the Rockefeller Christmas Tree. At that time, thousands of people from all over the world flock to the Big Apple in order to bear first-hand witness to the special holiday tradition. Because of the significance of the occasion, evergreens from all around the world dream of becoming the Rockefeller Christmas Tree, standing proudly at the center of the world stage for all to see - and young Rocky is no exception. The only problem? As a small, rather unattractive sapling, Rocky can barely compete with the more impressive, robust specimens seeking to steal the spotlight he so desperately craves; however, with a little help - and a strong belief in himself - Rocky may just see his long-held dream finally come true...

Rocky: The Rockefeller Christmas Tree is an enjoyable, heartwarming tale for readers of all ages. Touching on such universal themes as keeping the faith, believing in oneself, and persevering through adversity, author Jennie Nicassio's inspiring story of overcoming the odds makes it particularly appealing to young readers, providing them with invaluable life lessons that will serve them well for years to come. Furthermore, by crafting Rocky as a flawed, yet determined individual - rather than an immaculate, insuperable hero - Nicassio makes it easier for readers to relate to his passionate quest to succeed, despite the obstacles - both internal and external - standing in his way.

With something for everyone, Rocky: The Rockefeller Christmas Tree is a precious literary treat that needs to be shared all year round. Highly recommended.