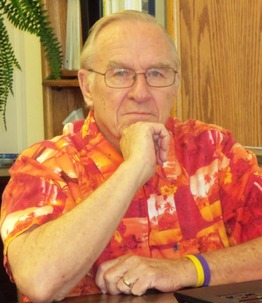 A writer, a salesman, an optimist, a dreamer. May the four always cohabit and produce wondrous progeny.

Life as a salesman has given him the recipe for the young achiever:

The writer the optimist and the dreamer would introduce himself to you as an inveterate wobbler. Decry him if you will, but allow his stories show you that life can be infinitely more fascinating while wobbling out among the brambles a few feet, or a mile or two, off the path the salesmen of the world have worn smooth.

Jay Squires is married and lives and in Bakersfield, California.

RSVP: Invitation To An Alchuklesh Massacre 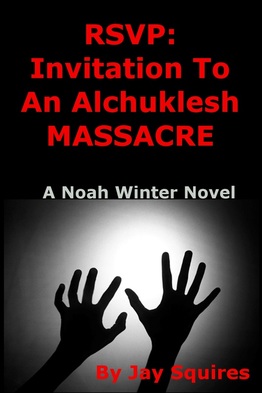 Noah Winter has it all: wealth, power, toys, a home that could contain the whole bloody Olympics (summer and winter)—and to share his life with him, a lovely, scrappy little poet, fluent in the scatology of a half-dozen languages. Who could ask for more?

Beseeched by a long-time friend to find and return her nephew, Robbie, who presumably had run away to be with his dangerously unstable Uncle Clayton, Noah embraces the challenge without a qualm.

Qualms come though, and aplenty, when his first motel room is ransacked (and Robbie's photo torn up), the second bombed. Could someone be trying to get his attention?
When he finally discovers a very drunk Clayton in a skid row bar it is sans Robbie. "The boy," he forces from Clayton, "will be sacrificed in just two days—and there is nothing we can do about it!"

Clayton knows Robbie's whereabouts—if Noah can keep him sober long enough to be taken there. But, even failing that, Noah has had the uncanny feeling from the beginning, that he is being drawn by forces that will guarantee his being there—to witness Robbie's bizarre ceremonial ordeal … and face his own frailty. 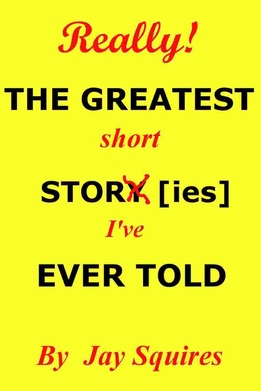 Nine stories crammed with tons of humor, a bit of violence, some really twisted romance and the promise that each story will leave you somehow changed.

DARK REFLECTIONS: Lena loves Robin in that special way a mother loves her child. Only, Robin is her husband! Lena also has feelings for Maretta, who happens to be Robins's sister and the matchmaker who brought them together. Maretta seems to feel the same. But how could anything come of it ... at least while Robin's dying?

WHAT A HUNDRED'LL Do: Are these the rants, ramblings and actions of a demented man? Or are they the net result of love carrying him as far as it can go?

KEEPING SCORE: Competition means nothing unless a score is kept -- even when the competitors are 100-plus years-old! On this field the battle can be brutal. Ask 114 year-old Graham Murdoch, listed as the oldest person in the U.S. (but only 3rd on the world-scale)! Or ask his ruthless opponent, in the other corner (so to speak!) at 113, Foster Carmichael. Foster Carmichael craves to be number one. Need more be said?

BENT: Is Johnny Dead or Alive? He was sure he knew once. Or is Johnny merely dreaming he is dead or alive? There have been some bizarre cognative encounters. He may have been part of them. Perhaps his shrink knows. Unless he is a shard from his shrink's shattered delusions. Why aren't things as simple as when he was a child? At times he remembers his childhood.