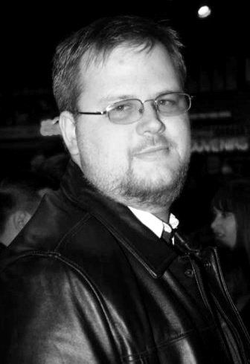 Jason R. Davis is the founder of the Chicago Horror Film Festival and the Indy Horror Film Festival. He has an education in film studies and screenwriting. However, before he went into film, he had another love that had driven him. Writing. Reading. The Art of Fiction.

He has spent much of his life both reading and writing. As a child in middle school, he would often wake up in the early morning hours before school and start pounding away stories. He would use his father’s alarm clock that he could hear in their bedroom and know that it was his time. His first typewriter was a Christmas present that year, and he would clatter away.

All through middle and then high school he continued to write. When it was time to go to college, he even thought that he would just go on and continue his education in the English arts. However, instead of continuing with just writing, he had a moment of inspiration and decided to follow another passion. He went to Columbia College where he could study filmmaking and writing.

In 2003 he founded the Chicago Horror Film Festival. With very few outlets that supported the horror genre at the time, it gave him a venue to not only show his own films, but for other great horror films from around the world. In 2005, the festival grew to a point where he created its sister festival, the Indy Horror Film Festival.

Now, with a strong knowledge in horror, and what makes a terror filled story, he has transitioned himself from festival director and filmmaker to fiction writer. He is currently on break from both festivals to pursue his writing. “Inside the Mirrors” was released December of 2009 as is available for order wherever books are sold. 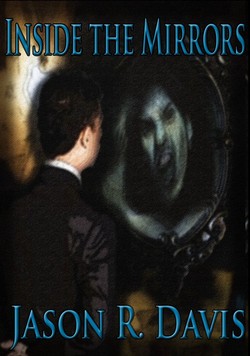 “Inside the Mirrors” – The story of the little Midwestern town of Standard. However, there is nothing standard about Standard, as the residents are slowly starting to go crazy. Men for no reason are coming home and murdering their wives. There has been an evil that has been awakened and it is spreading. Now it is up to ex-Chicago cop Rob Alletto to find it. Time is running out, and the neighbors are becoming quiet shadows as they watch him. He doesn’t have long before it will start to get into his mind, and then he himself would be making that deadly trip home. 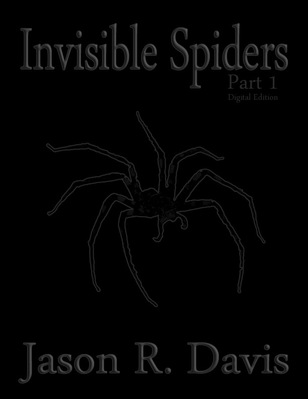 When John woke up in the middle of the night, an itch at the edge of his nose, he didn’t think too much was amiss.  His laundry was still scattered on the floor of his single bedroom apartment, the pizza boxes were still sitting by the door waiting to be taken to the garbage, and the care package he had received from his ex-girlfriend was still sitting on the edge of his dresser.  He never would have dreamed that he had already been cursed, a special blend filled with revenge and hatred for him.  He didn't know that the evil was growing inside of him.  He didn't know that he had become their host as they fed along his insides, gutting his mind and started to turn him into a zombie.  He only started to see the little spiders escaping out of him and felt their one desire.  To spread and devour everyone they came into contact with.


Coming in May to Kindle!