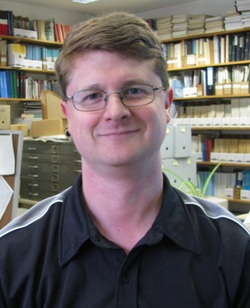 Jason G. Anderson lives in Hobart, Tasmania with his wife and several cats. During the day, he helps Antarctic scientists manage the vast quantities of data they collect. At night, he dreams of other worlds and realities much different to our own. His writing interests include sci-fi, urban fantasy, post-apocalyptic and steampunk. 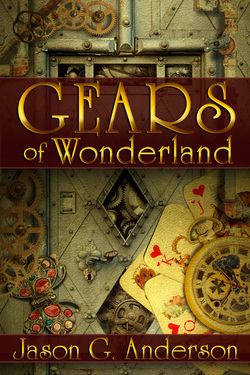 James Riggs lives a normal life with a mind-numbing job, an overbearing boss, and a demanding fiancée. Then he witnesses the murder of his best friend. Saved from the murderer by a strange man in a white suit, James is cast down a hole and into a world he always believed was a kid’s story. Wonderland.

But things have changed since Alice’s visit. The Knave of Hearts has seized the Heart throne, conquered all of Wonderland with his steam-powered technological marvels, and rules the land with an iron fist.

Aided by the Mad Hatter's daughter, James journeys to discover why he has been brought to Wonderland and how the tattoo on his arm could be the key to Wonderland’s salvation—or its destruction. Edited by Lynn O'Dell (Red Adept Reviews)