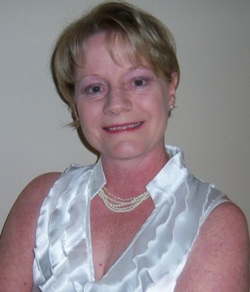 Jan Romes grew up in northwest Ohio with eight zany siblings. Married to her high school sweetheart for more years than seems possible, she is also a proud mom, mother-in-law, and grandmother. She likes to read all genres, writes witty contemporary romance, is a part-time fitness trainer, and enjoys growing pumpkins and sunflowers. 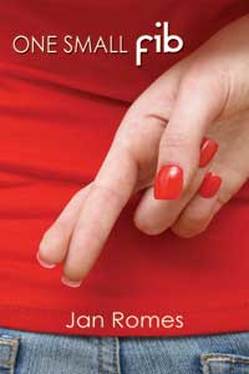 Allie Blue's dream of buying the old Smithington mansion and turning it into a bed and breakfast is stomped by a mystery real estate developer with a fancy pen and loaded checkbook. With no bed and breakfast, Allie resorts to one small fib which lands her a flight attendant's job and the task of pampering Upward Airlines' most demanding frequent flyer -- Kiptyn Thomas, III. Something raw and potent snaps between them, but Allie fights the attraction for the guy who thinks he's at the top of the food chain. Kiptyn Thomas is used to getting what he wants, when he wants it. Allie Blue both annoys and intrigues him. Will some well-intentioned fibs, a deep dark secret, and similar personalities draw them together or keep them apart? 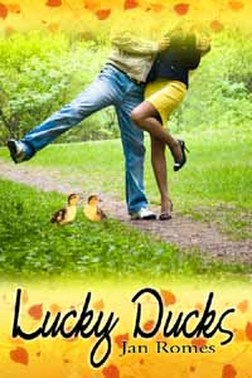 Recently divorced, Claire Stone is off to a fresh start. A new city. A job prospect. Wearing her lucky ducks underwear. Things are going great -- until a clumsy lout barrels into her, sending her to the concrete. Her world takes a tumble too when the handsome klutz who scuffed her up turns out to be her new boss.

Engaged twice. Dumped twice. Kasen Isaak has had his fill of green-eyed women, yet his father insists he hire Claire Stone -- a nail-biting claustrophobic with the greenest eyes he's ever seen.

Will green eyes, a run of bad luck, and a slew of idiosyncrasies keep them from finding the greatest luck of all? 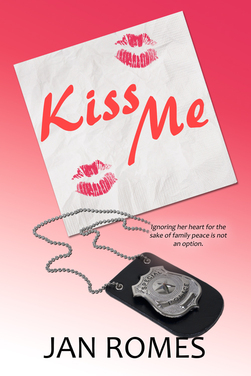 Running late for her spoiled stepsister's bachelorette party, Lacy Goodlow is forced to speed-snagging a hefty traffic ticket and the interest of Officer Jared Kelly. Their paths collide again in the middle of the bachelorette party when Lacy plays an embarrassing game of Fact or Fun and she hands him a napkin that simply says Kiss Me. A full-blown attraction takes off, but so does conflict once it's revealed that Jared and Lacy's stepsister, Angela, had a tumultuous fling and she still claims territorial rights. 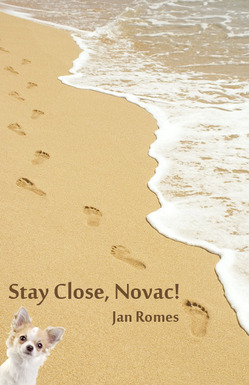 Jessi Novac leads the quiet life of a romance author until someone leaves a series of explicit notes under her windshield wipers and heavy breathing on her answering machine.

Until NYPD can track down the culprit who's trying to scare the bejesus out of her, Jessi hides out at her grandmother's beach house in Myrtle Beach where she hopes to get her bearings. Instead, her life takes an even bigger tilt toward crazy when she meets her clumsy neighbor. She's suspicious of Ian Alexander, and attracted to him at the same time. Their relationship becomes a calamity of errors until strange things start happening at the beach house. Jessi clings to Ian for protection, but soon discovers her heart may be in more danger than her life.

The Gift of Gray 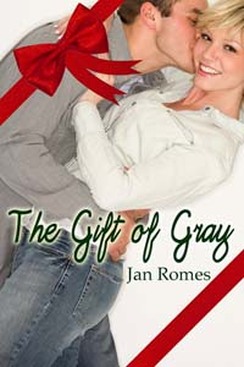 Alexis Kelly will do anything for her best friends - even work as a masseuse at their weekend matchmaking ranch. Besides, she needs the cash and a distraction from the mistakes she made in the name of self-preservation.Gray Patterson is a grouchy advertising executive with perfectionist tendencies. He's tired of going home to an empty apartment but has little time to date, so he shucks convention in search of a soul mate.The second Alexis and Gray meet, their personalities collide, but there are also some amazing sparks. Over the course of the weekend, they dodge the convoluted attraction until it begs to be acknowledged. Their relationship takes a major hit when another client reveals Alexis's haunting baggage. Will chemistry and a peek at love be enough to repair the damage?

Finn Riley is a hard-working country-rock star whose less-than-meager upbringing turned him into a guarded, self-proclaimed heartless bastard. He's about to embark on a summer concert tour and is in need of a personal assistant.

Molly Williams is a stressed-out, over-worked aide to a divorce lawyer. She's dealt with people suffering from heartache and irreconcilable differences for so long that she thinks all relationships are doomed. When her boss takes a sudden leave of absence, she's gifted with three-months to do whatever she wants. A friend talks her into stumping as Finn's assistant.

Can two work-aholics with trust issues lighten up long enough to follow their hearts? Or will they kill each other before the tour is over? 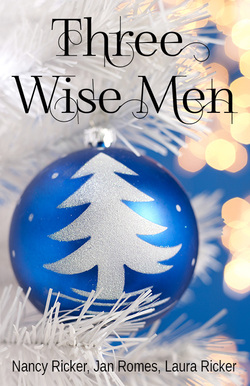 Alex is a hero right off the bat but his story contains a surprise that will have you grabbing a box of tissues. Nick is an unlikely hero; not so loveable at first but he redeems himself to get his happily-ever-after. And Evan is a likeable hero that you grow to love despite the mistakes he makes along the way.

Warm your heart this Christmas with three wise men! 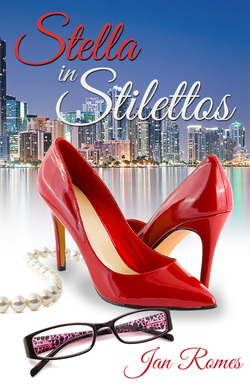 Stella Matson has had it with handsome guys who schmooze their way into a woman's heart and walk out the door when they get a better offer. As far as she's concerned, she needs to focus on the one thing that won't leave her teary-eyed on a Friday night - her job with the lingerie company. That plan goes horribly awry when drop-dead gorgeous, Alex Clay, is temporarily assigned to her department. He frustrates and excites her, turns her into a klutz, and she's afraid her heart is in real danger once again.

Alex Clay is restless and trying to find his place in the business world. His boss seems to be grooming him for big things by giving him a taste of everything from the mailroom to the boardroom. When he does a short stint in the advertising department and meets hardheaded but intriguing, Stella Matson, she challenges his convictions and stirs an unwanted desire. He doesn't know whether to kiss her until they're both breathless, or find a new job.

Will Stella and Alex act on the attraction sizzling between them? Or will they extinguish it with doubt, mistrust, and a belief that they shouldn't get involved with someone they work with?