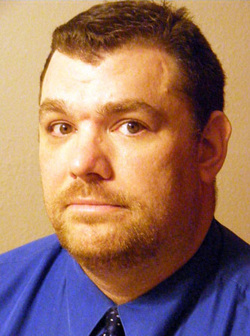 James P. Wilcox, a former newspaper photographer and writer, is currently a high school teacher in the Kansas City area, where he lives with his wife and three children. James is the author of the #1 International Bestseller Miracle Child, and the novels Sex, Lies, and the Classroom and The M-16 Agenda. James has also published a poetry collection, Musing of a Particular Bear. James is currently working on his next novel titled A Fall From Grace.

Sex, Lies, and the Classroom

Nathaniel O'Connell thought he knew what it takes to survive at Southwest High School, a low-income, ethnically diverse, inner-city school. After seven years of teaching, he thought he had discovered how to get through to these children of poverty. That was before he met Tyreshia, Krysteal, and Ebony, who know how to inflict pain, both physical and emotional. After a confrontation on the first day of school, O'Connell finds himself fighting for his reputation, his job, his family, and his very survival. With his wife, Alexandria, O'Connell must battle the school system, the justice system, and his own weakness, as he seeks redemption. Faced with investigations by the school's administration, the Department of Family Services, and the District Attorney's Office, he must find the strength and the courage to reach out to these same students to save his very soul. 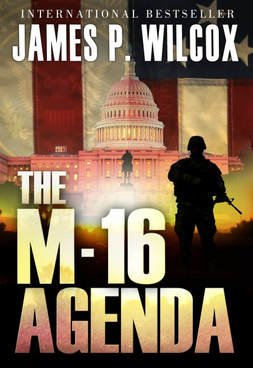 A man is not apt to forget the instant he becomes a killer; that one fateful instant when he takes another's life. It would not matter that Jack Granger has killed, all soldiers train to kill, except that he is the Democratic nominee in the presidential election of 2020. Having secured the nomination as Governor of Missouri and on the strength of his M-16 Agenda, his political platform developed in the killing sands of Iraq, Jack is days away from the White House when the situation in Iraq and in Washington D.C. changes everything. Now it is a race against time, and his own past, as he makes a last ditch effort to save his bid for the presidency, and possibly the world. From the war torn battlegrounds of Iraq to the halls of power in Washington D.C., M-16 Agenda follows one man's rise to the heights of political power, as he struggles to live up to the promises he made to his fellow soldiers, his family, and himself.

Musings of a Particular Bear: A Poetry Collection 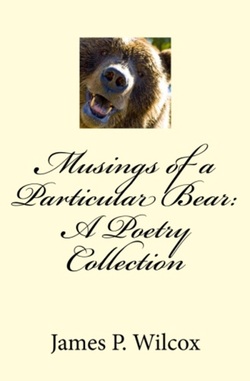 Synopsis: Author James P. Wilcox takes a break from fiction to bring readers Musing of a Particular Bear: A Poetry Collection. The poems included in this new collection cover the usual, but timeless themes of love and loss, life and death, growing up and growing old, solitude and union, joy and sorrow. In a style that is both complex and free, Musings of a Particular Bear is easily accessible to all. 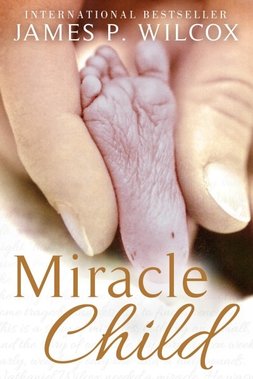 This is a story of miracles, both big and small, and the story of one little boy born sixteen weeks early, weighing only one-and-a half pounds.

He wasn’t expected to make it through the night.

This is Nathanial's story of his five month journey to survive, and how he touched the hearts of everyone who cared for him. This is the story of how one family managed to overcome tragedy and despair, to find a renewed faith in each other and in God.

​
Print and Kindle at Amazon.com