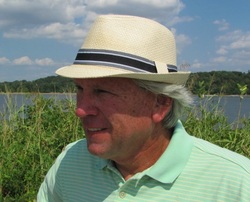 It took a lot of living to have a compelling story. Once the words were put on paper the fingers worked non-stop. Then a funny thing happened. The characters had another story to tell. And another. And another. Well, you get the picture.

The setting is Prairie Winds Golf Course. The site sits high atop the Mississippi river bluffs just east of St. Louis and 90 miles south of Hannibal, MO the birthplace of Mark Twain, a distant relative.

With the use of dialogue and dialect my characters come alive. Enjoy the commentary on social issues and the opinions on controversial topics. The eclectic cast has no boundaries and hail from all corners of the earth. Visit my world and join my growing list of readers! 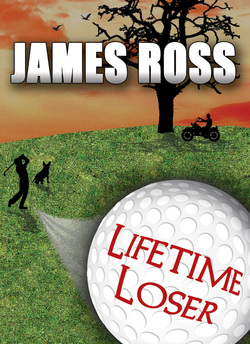 For fifteen years on the outskirts of St. Louis J.W. Schroeder (J Dub) ran a worn out golf course that sat high atop the Illinois bluffs of the Mississippi River. Then he learns that his partner had been skimming profits the entire time. But even worse, J Dub discovers that he was an unknowing participant in the swindle of an estate and that he was a victim of fraud.

J Dub is thrown into a civil justice system that is lengthy as well as costly to protect his family and correct an evil and sinister secret that had been withheld from him for years. The controlling partner, Lewferd E. Zerrmann, aligns himself with a dishonest attorney, a deceitful accountant, and a corrupt politician to derail a government investigation and an IRS audit. He survives title improprieties and outlasts an overzealous U. S. Attorney.

No one seems to be able to penetrate the isolated walls of Lew's fortress until J Dub steps up and risks it all to fight for what is his. "WHO SAID REAL LIFE WAS ANYTHING LIKE "THE GENTLEMAN'S GAME?" 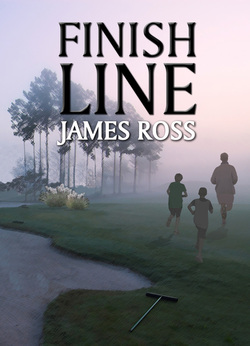 After getting caught committing a petty act of vandalism, two teenage boys land summer jobs at Prairie Winds Golf Course on the east side of St. Louis. Follow the adventures...

of Justin Ventimiglia and Keith Puccio as they explore a slice of life that they never knew existed. Observe the special relationship between adolescent boys, a cast of grown golfing misfits, and a young man battling the demons of cancer.

Explore the heart-wrenching relationship between an impressionable child and a pseudo Big Brother. Witness the summertime ride of the two youths in a poignant story about life and death. See them as they develop a love for the game of golf and apply those lessons to the challenges of life.

Experience the reactions of Justin and Keith to the vices of the world such as drinking, smoking, and gambling and watch how their knowledge molds their character. Take the journey with them as they battle a dysfunctional family situation, exposure to a life-threatening disease, and the vices of the world as they live a summer to remember. 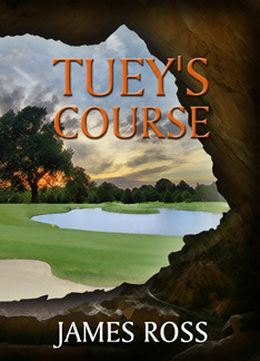 Racial tension had been building for years near Prairie Winds Golf Course on the east side of St. Louis. In 2007, black businessman, Tuey O'Tweety faced the brunt of the discrimination.

Can the game of golf resolve the issue?

Through an odd connection Tuey lands with an eclectic group of golfing misfits. Daily visits to the golf course expose him to an unfamiliar slice of life. An unlikely player leads him down a seemingly innocent path. The world of black and the world of white become intertwined in a world of intricate fantasy.

Join head golf pro J Dub Schroeder and his brother Curt, as they open the clubhouse doors of Prairie Winds Golf Course to a man trying to find his way out of an impoverished situation. One by one a Catholic priest, greedy banker, local farmer, retired luxury car dealer, Japanese businessman, evangelistic preacher and college football referee weave their lives into Tuey’s plight. Explore the convoluted path through the fairways of Prairie Winds Golf Course that has become “Tuey’s Course.” 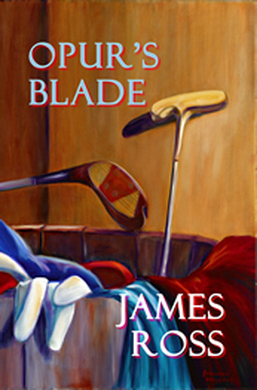 A night of teenage passion leads to an unplanned pregnancy followed by a lower-middle-class struggle to make ends meet.

Like most mothers, Rayelene Purler envisions great things for her child. In an attempt to introduce her son to a slice of life the family can ill afford, she arranges for the stuttering Owen, Jr. to get free summer instructional lessons at Prairie Winds Golf Course on the east side of St. Louis.

After the first ball is struck on the driving range, head pro J Dub Schroeder senses a child prodigy in his midst. The lad becomes known as Opur for his propensity to sink putts with an old, worn-out putter that was gathering dust in the lost-and-found barrel.

Follow the action as a young underdog fights for his dream on the hallowed grounds of America's greatest golfing event---The Classic. 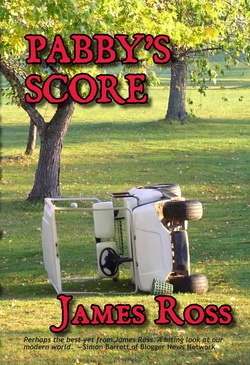 Pabby and Shae, teens with special needs hoping to expand their experience outside Footprints of Hope Foster Care Center, arrive at Prairie Winds Golf Course on the east side of St. Louis. Innocence and youthful enthusiasm get caught in an undercurrent of sinister events.

As the court spins out of control an ethics board investigation and an edgy game of instant messaging tempt the hands of fate. Savant-like tendencies, dementia and flying falcons intertwine with Native American customs, thoroughbred racing and a trip up the river road to Lighthouse Point. A retired barrister hints about a corrupt underground society. 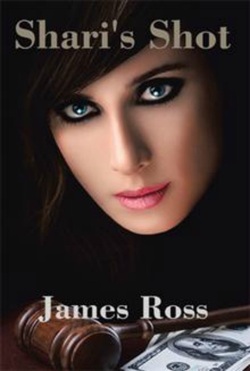 More excitement arrives at Prairie Winds Golf Course on the east side of St. Louis when former Mrs. Missouri, Shari Daniels-Donnelly, in a fluke twist of a bottle cap earns a chance to win $1 million at America's greatest golf tournament, The Classic.

Shari is among the fashionable nouveau-riche, a member of prestigious Olde Blueblood Country Club and seeking excitement outside a stale union with real estate mogul, Tyler Cy Donnelly. After her high-powered and influential attorney, Leslie Potter, serves divorce papers it appears Shari is on the path to a luxurious lifestyle that includes young lovers, a multi-million dollar settlement, and freedom from the balls and chains of a boring marriage.

Events become complicated when a young Latin lover supplants a longtime friend who vies for Shari's attention. Between threatening texts, arrests, jail time, confessions, and a liaison with a U.S. Congresswoman Shari's pending divorce delivers chaos. When a lover is found shot to death in a carpool parking lot prior to a golf outing a detective duo is determined to find out who fired the shot.