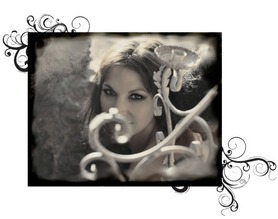 A professional misfit, Jacqueline has been living in a world of her creation since she was about five years old. An international model and actress in her twenties, she turned to fantasy art in her thirties and soon gathered a worldwide fan base for her images of fairies, unicorns, mermaids and more enchanted creatures.

She recently opened a vintage shop in her hometown of Burbank, CA where she can indulge amd share with others her love of old things and beautiful treasures.

Her magical world of Toadstool Farm is also inhabited by her husband Dean, her two incredible children, one silly dog, one far too dignified dog, one turtle named Tulip who doesn't have much to say one way or another and an ever shifting gathering of Fae Folk.

She remains a misfit. 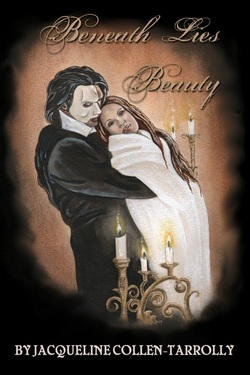 Paris: 1882. Thousands flee the fire of the famous Opera Garnier, and a man hunt begins for the monster behind the destruction, The Phantom of the Opera.

Introveted and quick witted, twenty-two year old Sophie , a seamstress at the Opera House, is just one more displaced person struggling to rebuild her life after the disaster. But Sophie knows secrets, for underneath the grand building is an enchanted world of hidden passages, underground lakes and secret rooms.

Confronted by the magnetic Phantom himself, Sophie embarks on the adventure of a lifetime as she enters a world of candlelight and stone in the fight for one man’s soul at the risk of losing her own.