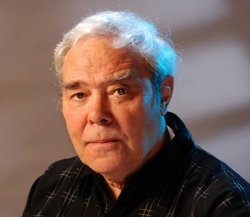 Jack Everett lives in Yorkshire where one window looks out onto a cricket field and another to an airfield. He qrows vegetables and listens to good music when he is not writing. He was adopted by a cat three years ago who pretty much rules the house but isn't that what cat's do? He has a long suffering wife who, after many years, partially understands when his muse takes hold of him and leaves him while she tends to her flowers. Jack is currently finishing a book in the Alistair McLean mould. 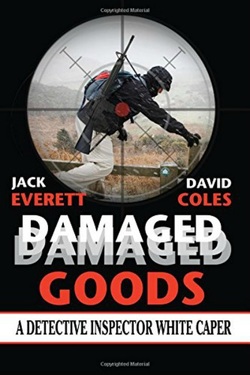 Newly promoted Detective Inspector Stewart White starts off his career in Leeds with a seemingly random assortment of crimes. A rest area murder. A pub brawl. A missing person.

But this is just an introduction, for a force in the shape of a brain-damaged US special forces vet is about to descend on him. A force which will consume our hero's every thought and spare moment to the exclusion of everything else. 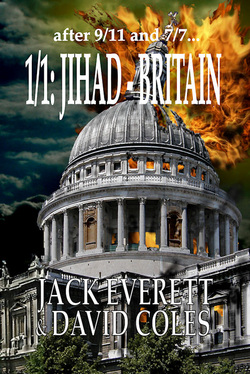 New Years' Eve: the world parties on unaware as a toll of death far beyond 9/11 and 7/7 spreads across Britain. The UK makes its own rules as 1/1 dawns and they don't include fair play. A global-warming fuelled disaster engulfs the country. Can its citizens pull together despite differing skin colour and culture? Years later and still at large, the New Year bomber has a private agenda and a nuclear bomb.

An all action thriller starting with insurgents blowing up St. Pauls Cathedral and the recriminations never stop. 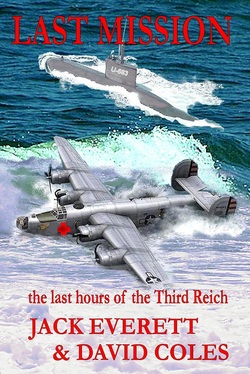 When the NOAA survey vessel discovered a wrecked Second World War German submarine on the sea floor of the Gulf of Mexico, its sudden appearance was accounted for by the undersea earthquake of September 2006. Explaining how it came to be there in the first place was far more difficult. Still more baffling than the how was the why? And its cargo... the RV Thomas Harvey ran for its life. In the final days of WW II, there were many last gasp schemes to postpone the inevitable end of the Third Reich; most would have been doomed to failure had they ever been more than gloomy after-dinner speculations in smoked-filled lounges. There were schemes, too, to build a Fourth Reich in South America, some of these were a little more credible. Having already resigned himself to inevitable defeat, Reichsleiter Bormann was deeply into the planning of one of the latter. Even as the Allies were marching on Berlin and bombing it to dust, he briefed the officer he had selected to lay the ground work for a Fourth Reich to rise from the ashes of the old. But Bormann was not the only one with a scheme, the Fuhrer, still recovering from the assassination attempt, proposed a final undertaking, a last mission to snatch victory from the jaws of defeat. Hitler's scheme was brilliant: a psychological coup that would break apart the Alliance against Germany. Bormann saw that the resources he had earmarked for his own intrigue might serve equally well for the Fuhrer's; in fact they were complementary, one a back-up for the other. They would need an aircraft, an American bomber... The planning had been meticulous, fifth columnists in America rallied to the orders coming from Berlin. Here, in the United States? The means and the target were as unbelievable as they were breathtaking; to imagine how the Americans had laboured so hard in building their own downfall. 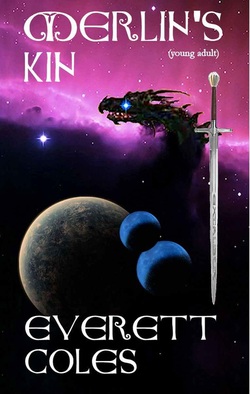 Unaware of the compulsion put upon them by the sleeping spirit of Merlin the Magician, Francis Steele and his four friends explore the subterranean chambers of an old ruin. Lost, they escape through a door to the outside only to find themselves in a new and unbelievable world where mammoths draw gigantic caravans and two great blue moons light up the night sky. Here too are primitive birds – small, sly and intelligent; unicorns and huge fighting beasts; Big Foot is here and a race of Elf-like creatures as well as the descendants of King Arthur’s knights who long ago lost the ideals of chivalry.

Against this backdrop, the fifteen year old Francis and friends have to find their way back to their own world while making sense of this one and helping Merlin to keep his secret cave hidden.

The story races along with caverns used as a prison, manned bird racing and slave trading all mixed in with magics rediscovered by the heroes.

Welcome to Merlin’s world, explore it, enjoy it, but tread carefully. 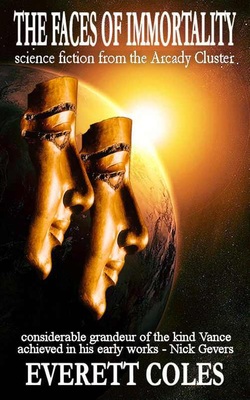 In Everett Coles's tribute to Jack Vance; Meredon, an agent of the PLEA, widowed, retired to an a far world, is suddenly caught up in a new intrigue. His daughter is kidnapped; his personal fortune is sequestered; even though it is clear he is being used by his anonymous persecutor, he has no choice but to follow up what leads there are. The trail leads him from one exotic planet to another, through desperate scrapes, devious conspiring, an entrancing weave of heroic action and high-concept satire; in fact, so faithfully is the spirit and texture of Vance-s space operas maintained, it-s tempting to view The Faces of Immortality as a sixth Demon Princes novel - Yet Coles has original cards to play as well.

To Rule the Universe 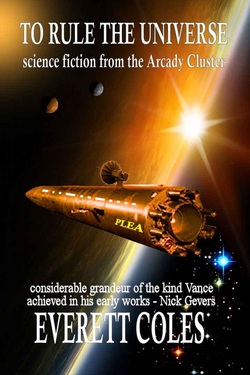 In this sequel to Everett Coles- the Faces of Immortality, Gyle Meredon has moved on as indeed, has the style. The previous novel was an un-ashamed tribute to the author Jack Vance, this book seems nearer to the writer-s own voice, there are still great comic moments as well as serious, thoughtful passages and the odd passage that might well have come from Vance's own keyboard.

Imagine that you are a space traveler without knowledge of present day Earth; you crash land in the Kalahari desert, or central Tibet or any of a dozen wilderness areas. How would you know what sort of world this is? What resources might you find? Is there some way to get off the world? This is the basic premise of To Rule the Universe and a rumor of another spaceship sends Meredon traveling across the face of an increasingly intriguing world.

Meredon discovers that this world is crucial to a plot to disrupt the economy of the civilized worlds and here we have a coincidence, the criminal involved was also the mastermind behind events in the Faces of Immortality. However, the meeting of a top investigator with civilization-s top criminal is no more a coincidence than Sherlock Homes- meeting with his old adversary, Moriarty. But why should this world be so interesting to the villain and what is so unique about this particular world? There is only one way to find out. 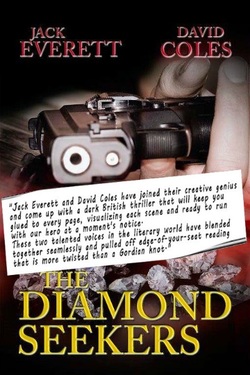 When a courier for the powerful crime family descended from Niccolo Machiavelli realizes he's being followed by a rival family assassin, he takes a detour through the English countryside to shake his pursuer. He manages to hide his precious cargo a fortune in blood diamonds from Sierra Leone before his pursuer collides with an English family on a holiday drive.

The courier drowns in a swollen river; the mother and son die in the crash. The father is emotionally devastated, and retires in despair from his MI5 cipher career.

Five years later, the head of the Machiavelli crime family, Alberto Lorente, is still in pursuit of his missing diamonds and is ready to launch an ambitious scheme to recover them. What follows is a twisted trail of murder, kidnapping and layers upon layers of subterfuge.

The British Security Services are seriously compromised, but no one knows how or by whom. And suddenly, our former MI5 cipher expert is on everyone's shopping list.