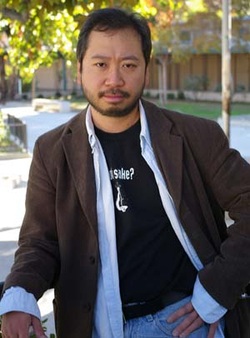 Isaac Ho is the author of the fast paced, science fiction thriller "The Repatriation of Henry Chin," a unique post-apocalyptic vision of China's dark influence on the United States. An award winning screenwriter and playwright, Isaac's produced works include the indie film "1,001 Ways to Enjoy the Missionary Position," an Orwellian sci-fi drama starring Amanda Plummer. His meditative stage play "Along for the Ride" received the SF Weekly Black Box Award for Best Play. Isaac holds an MFA from UCLA in Screenwriting.

The Repatriation of Henry Chin 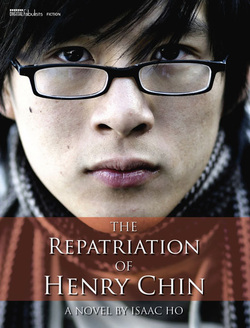 Amid the growing hostility between the United States and China, an executive order authorizes the creation of repatriation camps to safely secure Chinese Americans. Mild mannered pharmacist Henry Chin goes on the run with his mixed race teenage daughter and is relentlessly pursued by an ICE agent who will stop at nothing to capture these potential domestic terrorists.

Hell is Full of Strippers 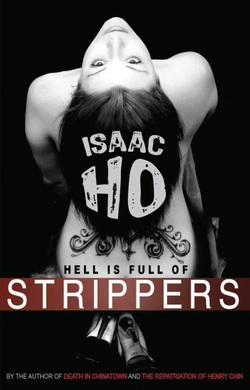 "I'll never forget the look of horror on her face when I told her I loved her." After failing to upgrade his friendship status into a romantic relationship, a young man finds himself served with a temporary restraining order. What ensues is his lurid search through the modern day hell of seedy strip bars and top shelf gentlemen's clubs to find the exotic dancer that can alibi his whereabouts on the night he's accused of being a violent stalker. Hell is Full of Strippers is a raw, uncompromising tale of sex and loss with contemporary stakes and consequences. 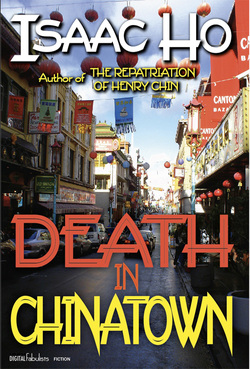 In San Francisco, the brutal murder of a Chinatown businessman sets off a deadly chain reaction that exposes a long dormant blood feud. The spotlight falls on his eldest son Joe Sung, an aspiring folk singer, who must now evade death at the hands of a rival tong. At the same time, his girlfriend Maya gets caught in the crossfire as she digs deep into his family's hidden past.

Along for the Ride 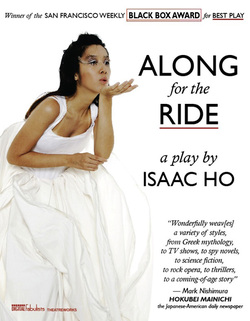 "High school, college, get a good job, meet the right person, settle down." For many of the countless people who have uttered this mantra, life has met their expectations. But for Vance, Jodi, Paul and Cassie, true happiness has proven elusive.

Available for the first time, Along for the Ride, the award winning play by playwright, screenwriter and author Isaac Ho. This edition includes a new preface reflecting on the original production and the future that may yet still come. 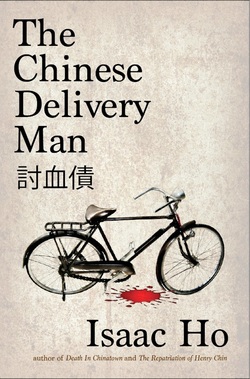 Justice or Revenge for The Chinese Delivery Man 討血債. The senseless killing of a Chinese delivery man sends his family into a tailspin. While grappling to keep their restaurant afloat, the Lau family must survive New York's criminal court system to find justice or revenge, whichever comes first. Inspired by true events The Chinese Delivery Man 討血債 is the new dramatic crime novella from the mind of Isaac Ho.