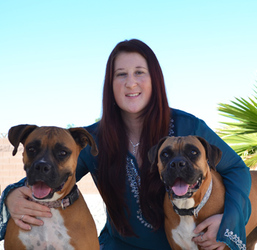 H.M. Alder grew up within several towns along the coast of Lake Ontario in upstate New York. A penname, H.M. are the initials of her first and middle name, Heather Michelle, while Alder is derived from an old family name Olszewski meaning “Place of Alder Trees”.

Fascinated by her own penmanship from an early age, H.M. would write out page after page of looping lines and sideways scribbling’s before handing them over to her mother who would do her best to decipher and come up with creative stories as to what her young daughter might have written. These creative episodes encouraged H.M. and ignited a spark that had her excelling in advanced placement English classes throughout high school, where she received numerous honor awards, as well as several creative writing classes during college.

Extremely private about her work, H.M. rarely shared her writings with anyone outside of the classroom. Several works of her poetry were published during these days yet she still remained inhibited. After graduation H.M. went on to work in the occupation of pharmacy for almost a decade before her passion for writing could no longer be stifled. Fulfilling her childhood fantasies she became immersed again in the random scribbling’s that she once loved…but this time putting her pen to paper produced slightly more legible work. Stealing away these precious moments of spare time granted her endless delight and soon the notion of mermaids began swimming thru her thoughts; tales of fiction and fantasy where mysterious beings lurked deep within the abyss of her mind.

Currently H.M. Alder is working steadily on completing the remaining volumes in the Tides series. She lives with her family in rural Nevada but enjoys trips to the ocean visiting places she once lived during her early 20’s and where her love for the sea began.

Tides: The Treasure of Tay 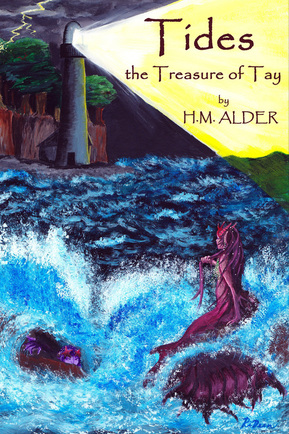 Megan Kerr was fearless. But on the morning of her sixteenth birthday all that changes when a haunting chill creeps over her as something lurking from below watches and waits and challenges everything she thought she once knew. Now Meg must learn to believe in what was once considered myth as she and three others find they are heirs to an unfathomable legacy.

Together they’ll journey into the deep and uncover a world once forgotten, filled with the mysteries of their ancestors, where merpeople and humans once swam synchronized among the waves. Soon each learns they harbor the secrets that will restore such a union once again.

But every crusade has its challenges and such knowledge comes with a price. There are those who seek a claim in their expedition, those with evil intent hiding in the shadows waiting to strike. The four must learn to trust each other as allies in order to prevail. Friendships are tested as a treacherous battle begins. One in which to the victor goes the control of the tides…