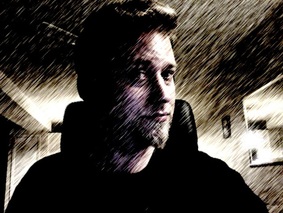 Harrison Wheeler is an author and illustrator of speculative fiction for Young Adult readers, and for readers young at heart. His new novel, Jesters Incognito, a tale of dystopian/humour, is now available.

Despite the 'Noize' in his life, Harrison has continually cultivated his passion for creativity in art, music, theatre, comedy, and storytelling over the last twenty years, and this book stands as the exclamatory flag on his visionary moon.

As an educator both domestically and abroad, Harrison has had the unique experience of working with all ages and cultures, from 5 yrs to 85 yrs, from Montreal to Nunavut and Japan. Such exposure has amplified Harrison's understanding of storytelling, and the importance of it. As a Master's candidate at the University of Ontario Information and Technology, Harrison is developing new ways to bridge storytelling and learning through digital technology.

Harrison dreams to build contemporary stories for Young Adults with a humorous, fantastical bent. His goal is to promote creativity with stories that can be read in new ways, on new digital devices across dynamic web-based platforms. 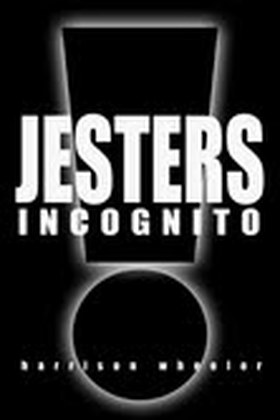 When a young mercenary king takes up the throne at MogulMedia, he enshrouds the country in silence, instilling terror in anyone who dares break it. The media king decrees the Law of the Green Light, spilling blood on his entertainment empire, and obliterating creative freedom for all.

On the streets of Roxy City, the talented Vincent Meistersinger settles for a job driving taxi after having his dreams of becoming famous so thoroughly squashed. Penniless, passionless, and suffering from a chronic case of the Doldrums, Vincent watches the ultra-modern misery of a plugged-in, pre-programmed society come and go from behind the wheel of his cab. Desperate, he downloads an app one fateful night that plants a delightfully cunning idea in his brain.

Ancient stories describe jesters as possessing unparalleled intelligence, astonishing talent, and the most cunning of wit. Jesters were so sharp-minded, some say, that it was they who ruled the nation from behind the king’s throne. Many believe jesters vanished because they were too analog for a digital world, that their exuberant foolishness had become a long forgotten myth.