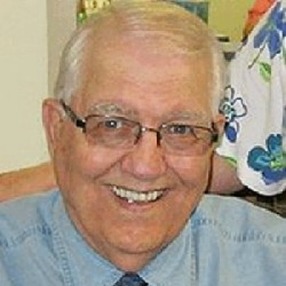 Harrison Neese is a native Louisianian, born in Ouachita Parish. He has always enjoyed writing and reading the works of others. He has always dreamed of writing and spent many years thinking about it before he actually took the plunge, but it wasn’t until Harrison retired that he was able to set aside blocks of time for writing.

As a gift to his family, he wrote and published the story of how his grandfather, Jesse Neese, a Tennessee farmer came to Louisiana and met his grandmother, Carrie Falcon, a nineteen year old Spanish young woman. This book was entitled From Worlds Apart. . . The Story of Jesse Neese and Carrie Falcon.

Harrison is a 7th generation direct descendant of Canary Island Isleño patriots of the American Revolution, who settled along Bayou Lafourche in 1779. The Falcon family is recognized as one of the founding families of Louisiana by the Louisiana Genealogical & Historical Society.

His novel, River of Dreams, received a mark of 'excellent' in all categories of the 22nd Annual Writer's Digest Self-Published Book Awards.

Since his early teens, he's been an avid student of 18th and 19th century American history. Last year, he learned that more battles and skirmishes were fought on South Carolina soil over the eight years of the Revolutionary War than in any other of the thirteen colonies. This sounded like there was a novel waiting to be written around this fact, and so he did.

Nothing Left to Lose