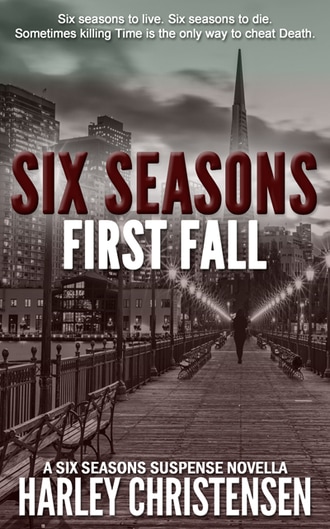 Since escaping her tragic childhood where she was abandoned by not one but both parents and left to a bitter, unforgiving family, Harper Storm has mastered the art of being alone and is perfectly content blending into the shadows while the world goes about its merry, indifferent way. To Harper, life isn’t great, but it’s all hers.

Great, that is, until a bizarre encounter with a mysterious stranger shifts Harper’s world on its axis.

When this messenger relays a cryptic prediction of death—Harper’s—within six season’s time, she’s not sure what to make of the unsettling prophecy and at first, deals with it in the same way she has every other obstacle—she ignores it. Soon, she finds the prediction nagging her at every turn, hijacking the semblance of normal she’s so carefully concocted. And that pisses her off.

Just as she sets out to track the stranger down and demand answers—if she can even find her—a friend vanishes without warning and Harper surprises everyone, including herself, when she volunteers to lead the search.

Before long, her stellar skills as a chameleon leave her spinning when Harper finds herself slipping outside her comfort zone and into harm’s way as she delves into the shocking truth behind the girl’s disappearance. She realizes that in order to save the girl, she must also face the demons of her past and confront the reality of her unknown future.

But can Harper crush through her own barriers and rise to the occasion before time runs out?

First Fall is the first installment in the gripping, suspense-filled Six Seasons series, crafted by Harley Christensen, author of the Mischievous Malamute Mysteries.

Grab a copy of First Fall today and join Harper on her journey as she tackles the questions—what would you do if Death came knocking? And who are you willing to become to outsmart it? 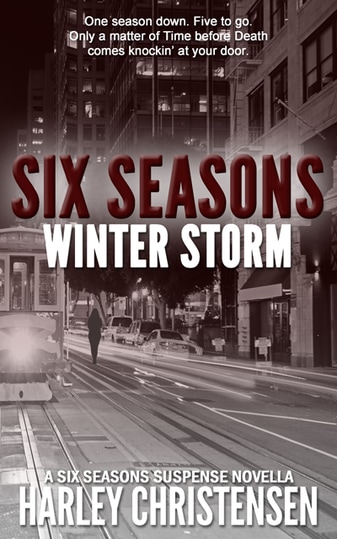 One season down. Five to go. Only a matter of Time before Death comes knockin’ at your door.

Fall shifts into winter and Harper Storm is nowhere closer to seeking out the mysterious girl who predicted her death, which—according to the messenger’s timeline—is just five short seasons away. Harper’s attention is diverted from her impending demise when she uncovers a thumb drive buried inside the sofa she’s begrudgingly taken possession of and moved into her studio apartment.

With the help of new computer genius friend, Phil Collins, Harper delves into the contents of the drive, curious what would provoke someone to go to such extremes.

Soon, they realize the couch’s former owner—the ex-wife of the man so eager to dispose of it—has tapped into something more sinister at the woman’s interior furnishings firm than a showroom filled with last season’s rejects. It’s a trail of breadcrumbs, one that leads her company right into the underbelly of a world that preys on innocence and rips at the soul of humanity.

Harper and Phil hit a dead-end in their search for answers when they learn the woman's not only vacated the country—she’s allegedly done so with her business partner on her arm and a sizable amount of the company’s money in her pocket—leaving them to wonder: did she hide the information in her attempt to uncover the truth? Or to conceal her own crimes—ones that could be worth killing for?

Once again, Harper places herself in the heart of danger—but will the price be worth the sacrifice this time around as she dangles her life and the lives of her friends in the crosshairs of a ruthless adversary with ties to an underworld that affords no mercy?

Winter Storm is the second installment in the nail-biting, edge-of-your-seat Six Seasons series by Harley Christensen, author of the Mischievous Malamute Mysteries.

Grab a copy of Winter Storm today and continue Harper’s hunt for the truth!
​