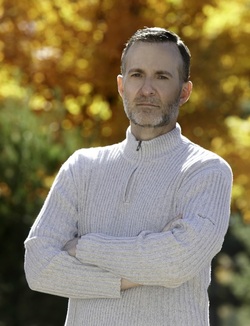 Einstein said, “I have no special talent. I am only passionately curious.” Although Einstein was no doubt expressing humility, I can think of no better way to describe my work. I write thrilling stories born from my desire to never stop asking questions. I write morally engaged fiction, provocative stories for curious minds. My themes revolve around fact and faith as viewed through a philosophical lens. In my first book, High Striker, these themes are woven into a story that asks:

What is the line that separates good and evil, coincidence and providence, delusion and reality?

This question leads us into a world where a brain surgeon who spent his childhood in a carnival is somehow connected to Isaac Newton, Nikola Tesla, The Bible, and serial killing. The central character, Dr. Amos Konklin, could be described as a God-obsessed fusion of Hannibal Lecter, Dexter Morgan, and a carny. High Striker is an Old Testament/Carnivale thriller that is grounded by fascinating perspectives from two of the greatest scientific minds of the past.

From an early age, I have been intellectually curious with eclectic tastes, which probably explains my participation in two very different vocations. In my work as an engineer, I’m immersed in the facts and what is understood as truth in the physical world. On the other hand, as a former minister, I was forced to contend with belief in things not seen or provable. As a writer, satisfaction comes from creating entertaining stories that play out the moral choices that arise from the co-existence of these two world views. 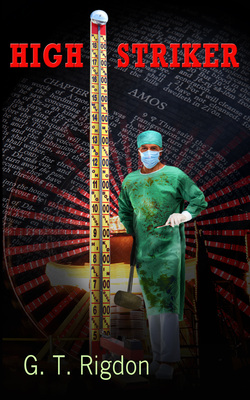 In 2018, Dr. Amos Konklin, a renowned neurosurgeon dubbed “Doctor Golden Hands,” is arrested for a grisly double-homicide at the Old Wilderness Campground. During a mesmerizing interview with reporter Peter Wild, Dr. Konklin reveals a shocking secret. For decades he’s wrapped those golden hands around a twelve pound sledge-hammer, his instrument of choice in numerous executions. As the reporter probes deeper, he is lead into a world where a brain surgeon who spent his childhood running the “High Striker” carnival sideshow game is connected to Isaac Newton, Nikola Tesla, The Bible, and tormenting visions. High Striker is an unparalleled Old Testament/Carnivale thriller whose central character could be described as a God-obsessed fusion of Hannibal Lecter, Dexter Morgan, and a carny. It’s a remarkable journey through time and place and dares to confront the challenging question: What is the line that separates good and evil, coincidence and providence, delusion and reality?