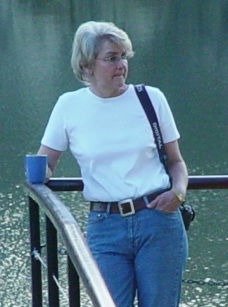 Greta van der Rol loves writing science fiction with a large dollop of good old, healthy romance. She lives not far from the coast in Queensland, Australia and enjoys photography and cooking when she isn’t bent over the computer. She has a degree in history and a background in building information systems, both of which go a long way toward helping her in her writing endeavours. 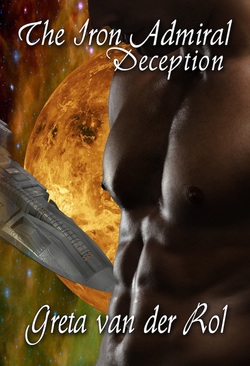 Grand Admiral Chaka Saahren has the rewards of rank…but he doesn’t have Systems Engineer Allysha Marten. Determined tokeep her safe, Saahren will go to any lengths to win back the woman heloves. Allysha agrees to temporary employment by the Fleet, hoping toavoid at all costs the man she believes responsible for the death ofinnocent civilians, including her estranged father.Sean O’Reilly has a plan……and it involves hijacking Allysha and convincing her, one way oranother, to do just one more job—a job that would clear his debts andsave his hide.Allysha Marten must come to terms with her feelings……in the face of a reality that suggests she is a pawn in a growingpower struggle, one where she will need all her skills and cunning tooutwit a heinous plot that could result in the loss of billions ofhuman lives.When Allysha decides to tackle the conspirators on her own, she forcesan impossible choice on… The Iron Admiral. Buy the book in print or e-book. 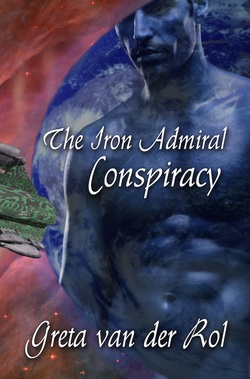 Politics. Hatred. Star systems on the brink of war. A species under threat of extinction from a deadly virus.

Ex-Admiral Chaka Saahren goes undercover to discover the truth. Systems Engineer, Allysha Marten, takes one last job to rid her of debts and her cheating husband. On Tisyphor, deadly secrets about the past explode, as Allysha and the undercover agent scramble to prevent the coming holocaust and xenocide.

When the ex-Admiral’s identity is revealed, she must come to terms with her feelings for a man she thinks caused the death of innocent civilians, including her father.

In a race against time, Allysha must set aside her conflicted emotions and trust a man she barely knows. Saahren must convince the woman he loves to find the truth as he once more assumes his position as … The Iron Admiral. 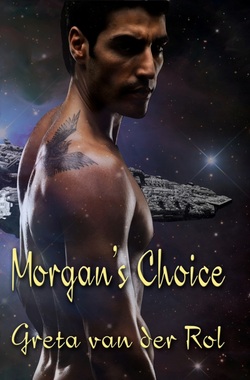 Autocratic, aloof, Admiral Ravindra wants to use the strange alien female and her gifts in his battle against an unknown force threatening to annihilate his worlds. Born to rule, a man of wealth, power and privilege, he will have what he most desires.

She will use courage and independence to carve a new future…

Morgan Selwood is a Supertech, bioengineered from birth to stand against the horrors of the Cyber Wars. Her abilities and appearance are the stuff of legend, exactly what the resistance needs to throw off the yoke of millennia of oppression. Caught in the crossfire Morgan must choose sides.

Together they will face a threat beyond imagining.

To Die a Dry Death 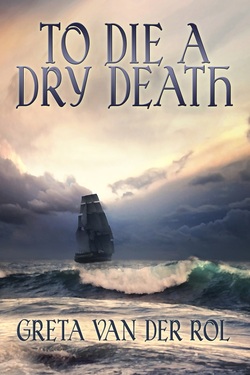 June 1629. Laden with treasure and the riches of Europe, the merchantman Batavia, flagship of the Dutch East India Company, sails on her maiden voyage from Amsterdam bound for the East Indies. But thirty miles off the coast of Terra Incognita Australis—the unknown south land—she smashes into an uncharted reef.

The survivors—women and children, sailors, soldiers and merchants—are washed ashore on a pair of uninhabited, hostile islands, with little food or fresh water. Desperately seeking help, the ship's officers set out in an open boat to make a two-thousand-mile journey to the nearest trading post.

While they are gone, from the struggle for survival on the islands, there emerges a tyrant whose brutal lust for power is even deadlier than the reef which wrecked the Batavia.