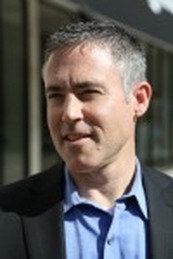 Author Greg Kuhn is a professional educator and a futurist, specializing in framing new paradigms for 21st Century living.

Since 1995 Greg has written for his father, Clifford Kuhn, M.D. about health, wellness, and personal growth, crafting five self-help books for him and over thirty self-help articles for publication. Recently Greg published Why Quantum Physicists Don't Get Fat, which is a portion of his larger self-help quantum formula, teaching people with unwanted weight how to finally lose it using quantum physicists. Why Quantum Physicists Don't Get Fat has earned praise from both nurses and physicians alike. In addition to performing entertaining and well-received speaking engagements and media interviews about quantum physics' power for personal growth, Greg also collaborates and speaks with Intentional Wellness, a Louisville, KY-based organization of doctors, nurses, and nutritionists who actively train people to have healthier lifestyles.

Greg lives in Louisville, KY with a wonderful wife and four fantastic sons (one by marriage) whom he couldn't published without; you can read more at WhyQuantumPhysicists.com
and http://www.squidoo.com/why-quantum-physicists-dont-get-fat

Since 1992 Greg has also served the Louisville, KY community as a high school coach, teacher, and administrator. He has been active in a variety of leadership roles such as training student teachers, mentoring new administrators, and working within the Jefferson County Public School system to help new magnet school programs become established.

Why Quantum Physicists Don't Get Fat 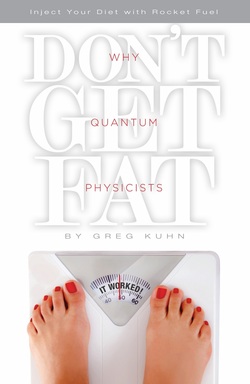 1. Have you tried to lose weight only to wind up gaining it all back (and more)?

2. Have you repeatedly dieted and been unsuccessful at losing your unwanted weight?

3. Are you tired of trying to hide your weight gains from family and friends because weight loss plans just don’t seem to work for you?

The problem is not the weight loss plans and neither is it you. The problem is the science! The diets you’ve tried have failed you because they are based on old, outdated science. Science that has, in fact, been replaced, right under your nose, by an amazingly accurate and incredibly reliable one called quantum physics.

Why Quantum Physicists Don’t Get Fat will teach you, in simple, everyday language, to unlock the awesome power of quantum physics to inject any weight loss plan with nitroboosting rocket fuel. You’ll quickly find that the great-feeling, slender body you’ve dreamed of is just around the corner!