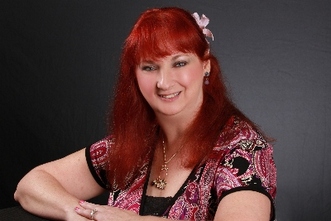 Gina Ardito is an award-winning author with published titles in contemporary and paranormal romance. She also pens historical romance under the pen name, Katherine Brandon. A resident of Long Island, she is a noted workshop host, mentor, speaker, and freelance editor. 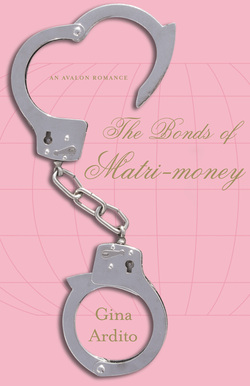 Renata Moon and Connell MacAllister lost more than a frivolous lawsuit in a Manhattan courtroom. Paying the settlement will probably force them to close their non-profit business. That is, until they learn about a new survivalist game show set in exotic Bali. Grand prize: one million dollars. The catch? The show is for newlyweds.

Nothing that a quickie marriage--in name only--can't fix. But Renata and Connell didn't anticipate they'd be linked by handcuffs the entire time they're competing! Soon, spending days and nights with only a few inches of chain between them begins to stir feelings they never knew existed.

Before the competition ends, Renata and Connell will be forced to decide which means more to them: love or money.
Amazon

A Little Slice of Heaven 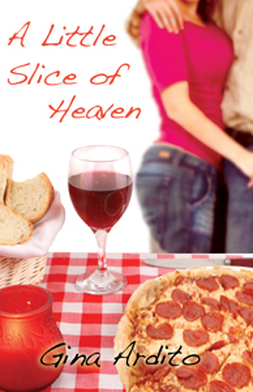 After a humiliating breakup, Gianna Randazzo temporarily works at her family’s pizzeria and rescues the stray cats that appear on her doorstep. Until the night the stray on her doorstep turns out to be a man!

With educated speech and sterling manners, Kyle Hayden isn’t the average homeless man. Touched by his situation, Gianna offers him a place to stay and a job. And when he cleans up to reveal a super-hunk, he’s the perfect phony, doting boyfriend to escort Gianna to her ex’s upcoming wedding. Or maybe this time, love could be for real.

Until the truth comes out. For while Gianna dreams of happily ever after, Kyle will soon return to the life he left behind--a life that won’t include Gianna. Unless he can regain her trust and show her…

A Little Slice of Heaven
Amazon 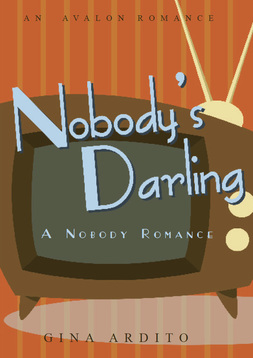 April Raine was married and pregnant at eighteen, divorced ten years later, and has struggled to provide for her children. Now a successful businesswoman, she accepts a challenge from a daytime talk show to compete in a thirty-day battle of the sexes. April is up against a television psychologist who claims her organization hurts the very people she alleges to help.

Dr. Jefferson Prentiss, television's Dr. Jeff, is haunted by the loss of his wife and newborn son, and by his role in their deaths. To atone, he's dedicated his professional life to the ideals of family. The talk show challenge presents him with the opportunity to prove not only the sagacity of his self-help book, but the inherent danger of paying strangers to perform those family tasks that should be done out of love and nurture.

Once inside an isolated cabin filled with videotaping equipment, April and Jeff learn from each other, tackle their demons, and discover a new awareness between them: love.
Amazon 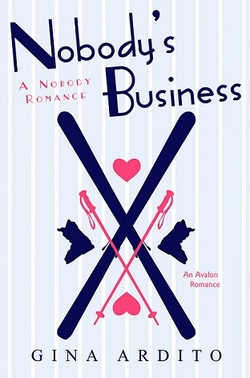 After the death of her husband, professional competitive skier Brooklyn Raine has shunned the press. Living as Lyn Hill, bed-and-breakfast owner in a quaint Vermont mountain town, Brooklyn keeps a low profile and avoids any link to her former celebrity status. Now, her famous older sister has arrived with her children and fiancé in tow, and the spotlight threatens to burn bright on Brooklyn once again.

Sports reporter Douglas Sawyer sustained a devastating loss in Iraq and no longer cares about his career, much less his future. At the insistence of friends and family, he becomes the first civilian participant in Ski-Hab, a winter sports rehabilitation program for war veterans and amputees. After he discovers that pushy Lyn Hill is actually former ski star Brooklyn Raine, his instincts sense the perfect story line to thrust him back into the journalism world. Despite interference from other skiers, the local cab driver, and Brooklyn herself, Doug is determined to chronicle the life of the former ski champ.

But when their secrets are revealed, each will face a hard choice. Will Brooklyn and Doug abandon the easy trail to take a chance on the more challenging slope to love?
Amazon 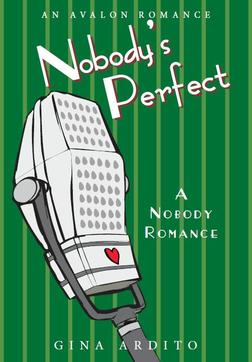 Summer Raine Jackson thought she had the perfect life, until her husband's infidelity was broadcast live on a radio program. Floundering after her divorce, she takes a temporary job at her sister's parenting services company while simultaneously planning the celebrity wedding of the year.

Single dad Craig Hartmann, known to his fans as wacky radio deejay Cliff Hanger, is in dire need of help caring for his rambunctious family. Pretty Summer Raine has every right to hold a grudge against him, since he aired the evidence of her former husband's affair to his national audience. Instead, she not only takes on his crazy life, she makes every day better, stealing his heart in the process.

But Summer isn't looking to be a family caregiver forever. Her goal is to own a successful wedding planning business. Can Craig convince her to give up the glamour of bridal gowns and fancy catering halls for the chaos of emergency rooms, temper tantrums, and the love of a good man?
Amazon 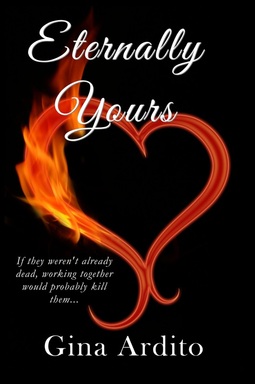 Jodie Devlin's suicide is not the end, merely the beginning. With her future as a living human being irrevocably destroyed, she must become an employee of the Afterlife until a new existence can be created for her. In the realm on the other side of death, she’ll learn how to retrieve ghosts who have lingered too long on Earth. If only she didn't have to work beside a good-looking, arrogant man who baffles and challenges her at every turn.

It's no wonder Luc Asante is so bitter toward women. His former wife ordered him taken off life support, condemning him to service in the Afterlife as one of Death’s bounty hunters. Now he has a trainee—a female trainee who’s as soft-hearted as he is hard, as impulsive as he is methodical. In a place where perfection is the norm, she revels in her imperfections just to drive him nuts.

Traveling through time and space to bring peace to lost souls, Jodie and Luc will be forced to come to terms with their differences and their pasts, to discover a love that might bind them for eternity.

A Run For the Money 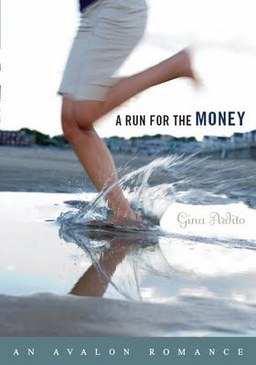 Nicole Fleming and Dante LaPalma have nothing in common except an old man's legacy. Joe Corbet has promised that a great treasure awaits them-if they're clever enough to solve his riddles within a six-month time frame, that is.

According to Joe's will, Nicole and Dante must participate in several excursions. After each adventure, a new clue will be presented that will lead them to their next obstacle. Only when they've completed every task can they discover the treasure meant just for them.

Along the way, Nicole and Dante are forced to share their secrets and place their faith in one another. If they can learn to work together, they'll discover what's truly important in life. And maybe, if they're lucky, they'll find the greatest treasure of all: love.
Amazon

Mistletoe and Magic: A Christmas Anthology 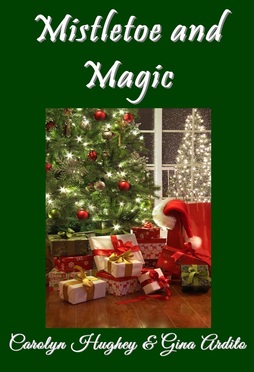 A widow of two years, Mallory Gardner is struggling to keep her business alive and still function in her dysfunctional family. Two daughters, one of whom blames Mallory for her father's death, is enough to test anyone's sanity. But when Arden J. Miller waltzes into town, he has other ideas--like capturing Mallory's heart, even though love is the last thing on her mind.

Can two irresistible forces deal with immovable objects, or will the effects of the holiday spirit help resolve issues previously thought to be unsolvable?

The Gift of the Magic by Gina Ardito

To fulfill her mother's dying request, Polina Kominski must spend the Christmas holiday in Krakow, Poland, complete a list of tasks, and discover the magic of the city. To finally gain control of her life, she'll complete the list of tasks Mom left, but she has no intention of believing in legends and superstitions. Until she runs into Rhys Linsey on a Krakow street.

Can the magic of the holiday and the love of this special man overcome her painful past? For true love should never tie a heart down. True love allows two people the freedom to fly together!
Amazon 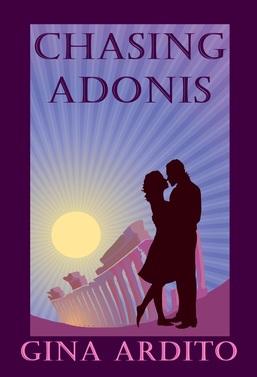 Every girl sees her thirtieth birthday as a milestone, but in Adara Berros's case, her entire life has turned upside-down. She may not know it, but Adara is actually the reincarnation of Greek mythology's Adonis. And she's about to be drawn into a centuries-old game between the gods and goddesses of Mount Olympus, with her eternal love as the grand prize.

Detective Shane Griffin senses trouble when he investigates an accident involving Adara and a mysterious stranger named Ted. Having lost his sister to domestic abuse, Shane suspects Ted is not the charming guy he appears to be. After he discovers Adara is the key witness for a murder trial, Shane vows to put his life and career on the line to protect her.

When Adara's life is threatened, she and Shane go on the run. Now, mortals and immortals alike are all...