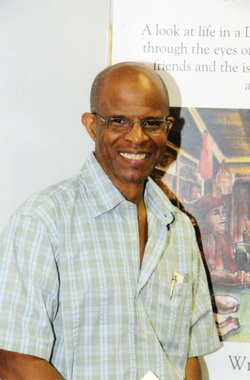 Giftus John was born in St. Joseph, on the Caribbean island of Dominica. He has authored five books: The Dawn, Words in the Quiet Moments and The Island Man Sings His Song-(poetry); Mesye Kwik! Kwak!(short stories) and Ma William and Her Circle of Friends.

Giftus presently resides in Union, New Jersey, with his wife Theresa and their two children.


Ma William and Her Circle of Friends 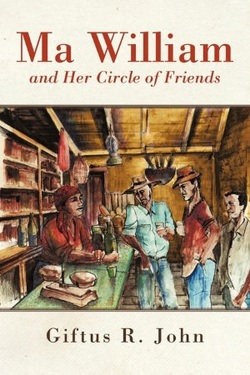 Giftus John’s Ma William and her Circle of Friends recreates the idyllic life in the village of Senjo with a shopkeeper, Ma William, at its center. Her shop is a mecca of sorts; one where the villagers assemble to discuss the issues that impact their lives. John constructs an edenic landscape where communal activities such as playing mas’, helping the local fishermen, attending mass, or going to a religious wake occupy center stage in the lives of the villagers. However, the impression of a settled and close-knit village is illusory. Politics fragments the community. Migration takes a toll as young and old seek supposedly greener pastures. The village is slowly changing as a result of these external forces. The reader is left to wonder whether or not these changes are indeed for the better. Written with great sensitivity and attention to local speech rhythms, Giftus John’s most recent work recreates a life which is slowly witnessing its demise. This book confirms John’s reputation as one of Dominica’s finest writers. 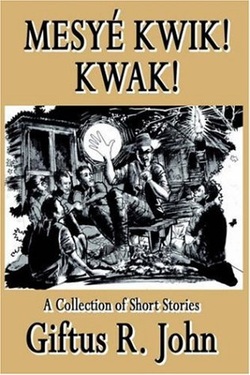 Dominica is an island rich in culture and with a history that encompasses various forms of the country's transformation from colonialism to independence. African slaves, brought to the island to work on the British plantations, carried with them their various myths, beliefs, languages and art forms and these have passed down through the generations. Today they are still an integral part of this country's heritage. The characters in Mesyé Kwik! Kwak! are used to portray some of these and other aspects of Dominican life which still have their bearing from years past. The young boys in The Stone and in The Pilgrim introduce us to the belief of Dominicans in evil spirits, the lougarou and la diabless, and the power of religion. Grandpa Was in America shows us Dominica's fixation to the American way of life and in A Father's Hope we see the widening gap between generations in the country-and there's more. So read along with Giftus as he tells his story. Mesyé Kwik! Kwak!


The Island Man Sings His Song 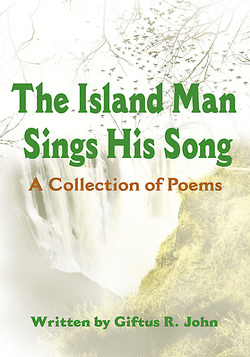 The Island Man Sings His Song is a compilation of poems that expresses Giftus John's perspective of life in his native land, Dominica; an island full of culture and history, politics and religion, beauty and charm. An island where poetry is in motion everyday and every night.

It also tells how an island man adapts to his adopted homeland, America, and the frustrations, the worries,fears, concerns and a contrasting way of life compared to the one that he grew up with.

It also expresses the authors feelings for his homeland as it struggles to find itself in the developing world. The poems also take a look globally at topics that cover life in general.

The poems in The Island Man Sings His Song cover numerous topics and have a style each of their own being presented in local dialect, kweyol and standard English usage. It is a collection of thoughts, ideas and hope and inspiration.