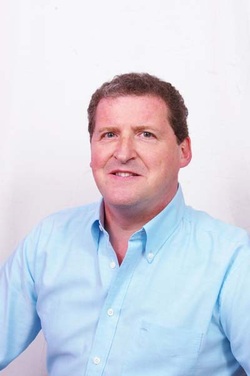 Illness opened up the opportunity for Geoff Anderson to become to become an author.

A career in International Management Consultancy and the Oil and Gas Industry gave Geoff the rich source of material for his action thrillers. He travelled world- wide and encountered a variety of locations and people. In one year alone his work brought him into contact with Asian Triads, the KGB and the Mafia in Sicily, so raw material has never been an issue.

A dry acerbic wit peppers his dialogue and his travel experiences give texture to his vivid descriptions.

Geoff has worked in many spheres and at different times has been a T-Shirt salesman, musician, lawyer, artist, management trainer, consultant, senior manager and business owner, in conclusion a crazy mixed up baby boomer.

He now lives with his wife Mel, and a pair of chocolate Labradors, in a picturesque town in Central Scotland.

The Cherry Blossom and the Parang 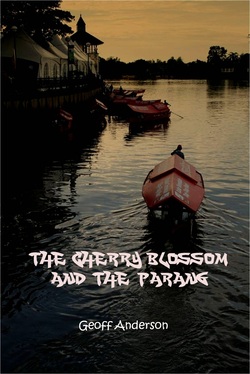 Darren Friday an American Driller takes up his first overseas posting in Miri, Sarawak on the edge of the tropical rain forests of Borneo. Unprepared for the culture shock he becomes embroiled in a world of political corruption and commercial exploitation of the rainforest by ruthless timber barons. He meets an aggressive self-assured Scottish girl and with her befriends the nomadic Penan tribe, fighting an unequal war with the logger, triads and politicians to protect the jungle and their lifestyle. Darren’s life is at risk as the triads seek revenge on Darren. Darren is forced to change, his beliefs and his attitudes to survive and protect those he grows to love and admire.

Download a sample of The Cherry Blosson and the Parang