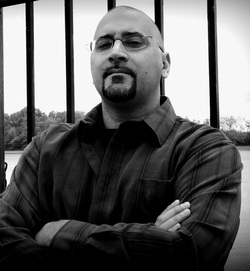 Gary Vanucci was born in Pennsylvania in 1968. He enjoys writing, reading, music, art, anything at all that promotes creativity and activities that push the mind beyond conventional thinking. He has spent time as an amateur singer/songwriter and has spent multiple decades creating role-playing scenarios and playing games amongst various genres. Years of reading graphic novels, comic books, fantasy/science fiction novels and the like has led him to discover his true passion—writing! 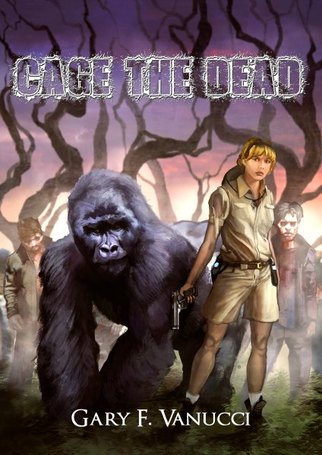 As Gaia arrived to work that fateful day to a zoo full of visitors, including students from a nearby school, strange events began to unfold. After hearing rumors of a deadly virus being released and then news of a terrifying broadcast, she begins to witness both zoo employees and patrons dying and coming back from the dead as flesh-eating zombies. Will Gaia be able to survive the chaotic environment created by both the wild predators and the living dead? 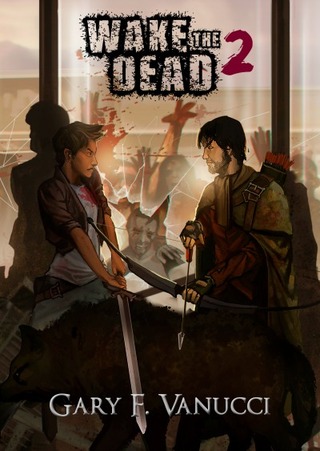 As the dead once again rise, Alex and company seek to make the best of the zombie incursion that has now advanced inside the Renaissance Faire-grounds. But, when the execution of their plan to cleanse those grounds meets with complications, will they be able to survive, or will the undead that now surround the castle walls spell a slow and painful death of starvation for those within? 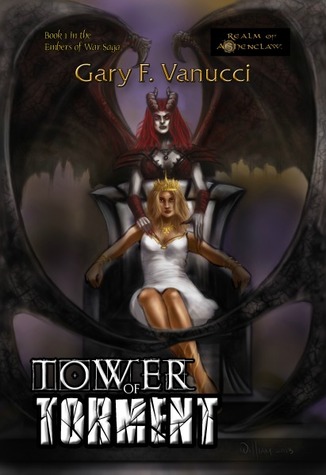 As Garius and company are charged with securing the return of Princess Amara to her home town of Norgeld, Rose remains behind to focus on her suspected betrayal at the hands of her former lover, Ganthorpe, the Master of Thieves. In Norgeld, the scene is dreary, the ancient Citadel Pridemoon is cast in gloom, and whispers of bizarre figures in the castle windows are mounting. As the mystery within this veritable Tower of Torment begins to unravel, relationships are changed, deceit is laid bare, and tragedy strikes in ways that will forever change Wothlondia’s heroes! 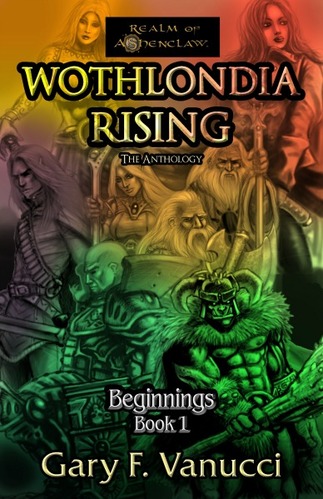 Wothlondia Rising: The Anthology is a collection of prequels that launches the Beginnings series in the Realm of Ashenclaw.  The events covered in this collection are intended to introduce you to these characters and give insight into their pasts, their motivations and the distinctive events that place them on their destined paths to become the heroes they were born to be, such as...

A Rose in Bloom recounts the thrilling events of a young Rose Thorne, not yet a woman, who is trying to find her way in the city of Oakhaven. Orphaned and discarded, she finds refuge in a kind madam at a local brothel and eventually meets a man who is more than she bargains for....

Maturation Process is the telling tale of the high elf, Elec Stormwhisper, who lives in the overbearing shadow of his father, Keryth. Treated as an outcast and feeling alienated from his own people, he exiles himself for a decade, finding a friend in a strange place and begins to accept his own unique destiny. Will this young and inexperienced elf ever find his true calling?

Tears of Blood is the amazing recount of the attacks on the region of Stonehill by the ancient and malevolent undead that are known as Blood Rot Zombies! Saeunn and the barbarians of both Chansuk and Greymoors must find a way to stop the undead infestation before they spread their miasma all across the face of Wothlondia! It is a tale that will forever change the young barbarian woman in more ways than one...

Strength of Faith is a tale that places a young acolyte of The Shimmering One, Garius Forge, on a path that tests his spirituality and also places him face to face with a demonic presence that has the power to alter the face of Wothlondia forever! Will his reverence and devotion to his deity be enough to overcome this horrible demon?

Reflections  is an exploration into the true classifications of self-image. This short and sweet tale tells of the half-ogre barbarian, Orngoth, who begins to realize the true picture of what he is and where he comes from. During a raid with his ogre barbarian kin--the Ironskulls--Orngoth has an impromptu meeting that could forever change his own destiny. Will he see his true self in time or will he continue down the path of reckless endangerment?

Distant Familiarity is the tale of three legendary figures in the history of Wothlondia, who are attempting to recover an ancient evil that was stolen away from them. Tiyarnon the High Priest, Rolin Hardbeard and Nimaira Silvershade set out to recover the artifact that has forever altered their former companion Sadreth, twisting him into something altogether evil. Can these ancient heroes find and recover the item before it is reunited with its former host?

Covenant of the Faceless Knights 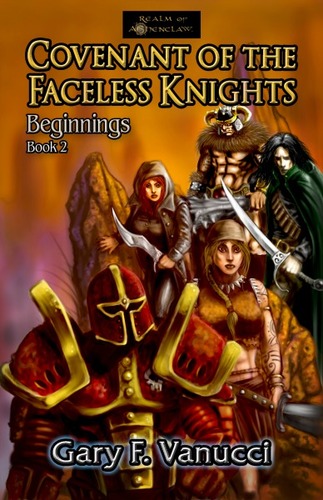 When a dangerous artifact goes missing from the Temple of The Shimmering One, the high priest in charge of the artifact's protection realizes that he will not be able to retrieve the stolen relic without help.  Calling upon Garius, the man who was once his own apprentice, Tiyarnon the High Priest enlists the aid of a man who is now an Inquisitor among the Order of the Faceless Knights.  Garius, now a man of power and prestige, gathers a handful of allies to help complete his quest—but who among them is worthy of his trust?  Aided by the mischievous Rose, a rogue among rogues, the stoic and blood thirsty Saeunn, and a promising but naïve elf named Elec, Garius hopes his training as one among the Faceless Knights has prepared him to keep his small company in check, let alone survive the trials to come.  Garius must lead his band of allies into dark regions to recover the artifact before it falls into the hands of the evil being that once held it in order to ensure the continued safety of the Realm of Ashenclaw.

Sample  Covenant of the Faceless Knights

Secrets of the Ebonite Mines 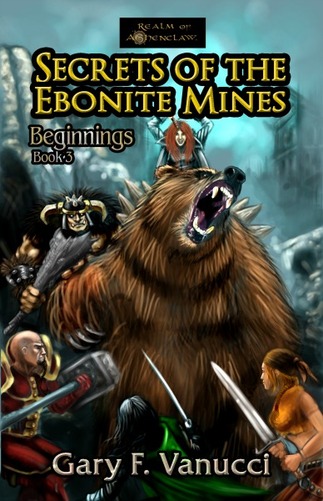 After Garius and company fail to recover the item they so desperately sought, a chance encounter here and a revelation there leave clues as to its whereabouts once more. Garius Forge the Inquisitor of the Faceless Knights, Rose Thorne, the sassy rogue, Elec Stormwhisper, an elf with a newfound thirst for the martial arts, Saeunn, the stoic barbarian and Orngoth, the half-ogre brute set out to once more try to uncover the whereabouts of the tainted artifact. Their quest leads them to a dark village named Hollow Hill, left vacant since the Reign of Ashenclaw. It is a place rumored to be haunted and they soon find that it is more than meets the eye. The group soon uncovers a clandestine group of highwaymen with knowledge of the artifact and much more as they attempt to uncover the many secrets hidden deep within the ebonite mines!


Beginnings - The Omnibus (including The Legend of Ashenclaw) 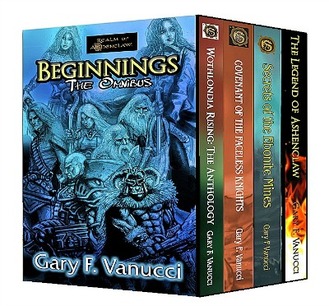 This Omnibus contains all 3 books in the Beginnings Saga: Wothlondia Rising, Covenant of the Faceless Knights, and Secrets of the Ebonite Mines--all in one tome! And as a special bonus, The Legend of Ashenclaw is included, explaining the namesake of the realm!

The Legend of Ashenclaw (Novella) 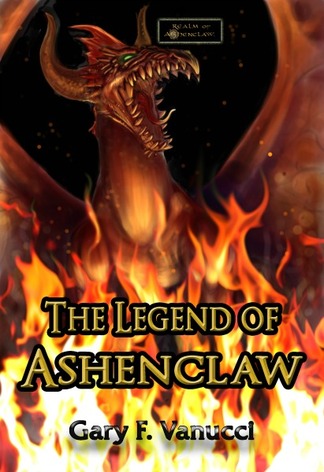 Contained within this action-packed novella are the compelling accounts of the heroes who encountered the mighty dragon known as Ashenclaw. Join Azbiel, Figit, Twarda, Jon Veinslay and Triniach along with the countless others as they attempt to rid Wothlondia of the Queen of the Scorching Drakes and her dragon invasion! Will they succeed? Turn the pages of The Legend of Ashenclaw and find out!